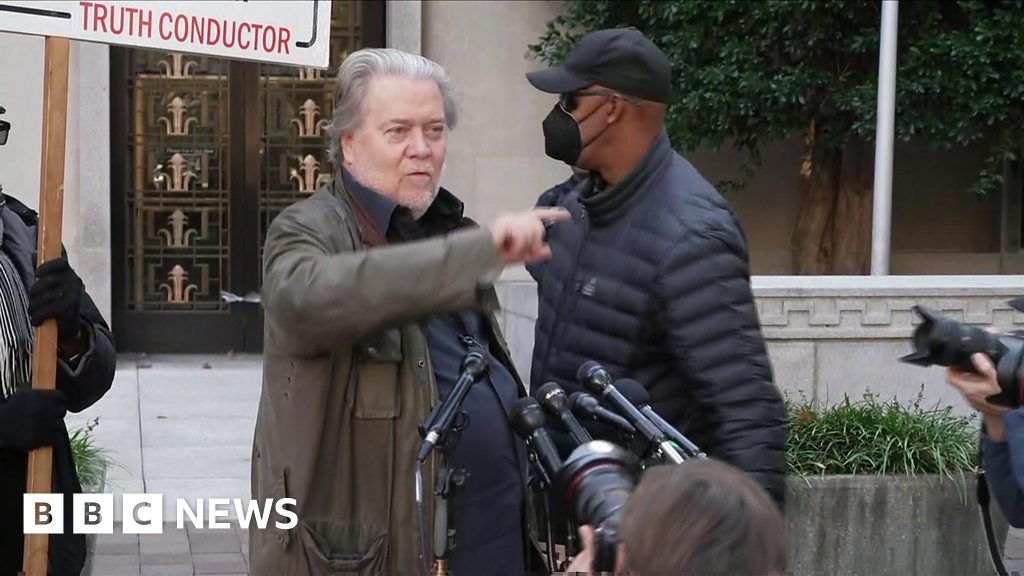 Steve Bannon spoke briefly to journalists outside the court before his sentencing. He refused to cooperate with the congressional investigation into last year’s Capitol Riot.

In the early years of Trump’s presidency, he served as Trump’s chief strategist. He resigned in 2017. However, he was rumored to have been an informal adviser to Trump at the time of the riot of 6 January 2021.

The 68-year-old Mr. Bannon denies wrongdoing, and is expected to appeal against his conviction.