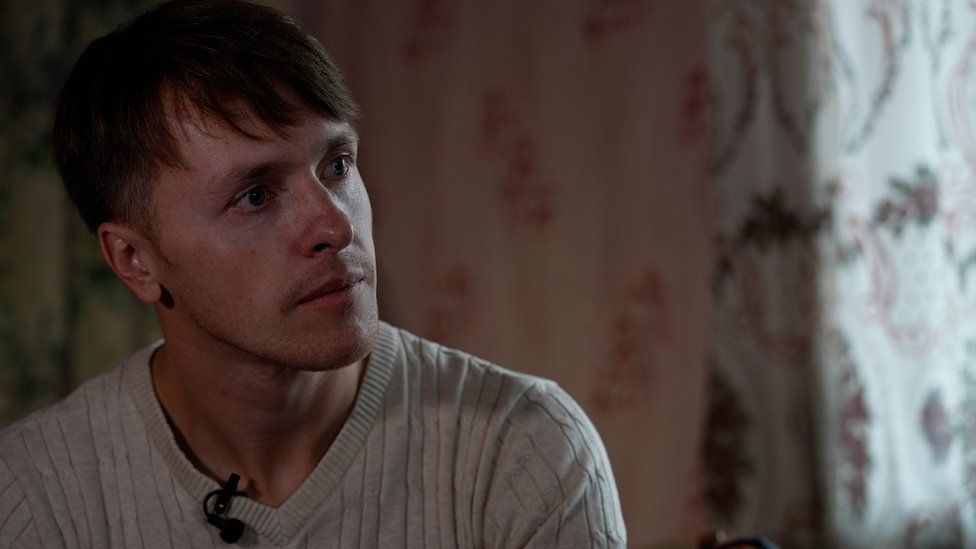 The six-minute video is shaky. But the contents are fascinating.

In the town of Podporozhye, five hundred miles from Moscow, officials at the military draft office are meeting to decide whether local resident Mikhail Ashichev should be mobilised and sent to Ukraine.

“I’m not a pacifist,” he explains. “If a country was trying to occupy my Motherland, or commit aggression against Russia, I would go straight to the military enlistment office and sign up, without waiting for my call-up papers. But in this particular case I believe that there is no military threat to my Motherland.”

“But our Motherland is in danger,” one of the officials insists.

“My Motherland wasn’t in danger before 24 February,” replies Mikhail, referring to the date on which Russia invaded Ukraine.

Mikhail, 34, is a mechanic. Despite Russia becoming an increasingly authoritarian state, in which civil and human rights have been curtailed, Mikhail argues that the Russian constitution gives him the right to be a conscientious objector. He refuses to fight in Ukraine.

“While I was standing there saying those things I was very nervous,” Mikhail tells me. “But when I watched the video back, on the contrary I saw fear in the eyes of the people who were listening to me. I think that’s because they’re used to treating people as objects which they can move from one place to another, or just order around. Suddenly there was I saying the things I was saying.

“Then came the threats. ‘We’ll tell the police about this and they’ll investigate,’ they said. I get the feeling that these people are terrified of losing control. They’re used to controlling everything.”

According to Vladimir Putin, more than 220,000 Russian reservists have been called up since the Russian president declared “partial mobilisation” last month. Although the Kremlin leader has indicated that the mobilisation drive will end soon, the Kremlin has declined to name a specific date.

In recent days Russian state TV has broadcast images of mobilised men undergoing training in Russia, complete with patriotic soundbites from some of the draftees. This week President Putin was shown allegedly meeting mobilised soldiers at a training ground in the Ryazan region, an attempt to rally public support for the mobilisation effort.

But there’s little doubt that mobilisation has sparked deep alarm in Russian society. Back in March Vladimir Putin had declared that there would be no mobilisation. Only “professional soldiers”, he promised, would take part in his “special military operation”.

All that changed following his decision to announce “partial mobilisation.” With the call-up of hundreds of thousands of Russian reservists, the war in Ukraine became much more real for the Russian public. Suddenly husbands, fathers and sons were being drafted into the army and despatched to the frontline: in some cases, without the necessary equipment or training. For weeks now, mobilised Russians have been posting videos on social media, in which they complain about poor conditions and a lack of resources.

“The people around me are terrified due to mobilisation,” Mikhail tells me, “because now this affects everyone.”

Following his refusal to fight, Mikhail has received some abuse on Russian social media.

“He’s a coward and a rat fleeing the ship,” reads one comment.

“A man who does this cannot call himself a man,” reads another.

But what I find interesting is that Mikhail has received plenty of support, too, for the moral stand he is taking. Here are some of the positive comments:

“Well done, Mikhail, you are brave and honest.”

“Refusing to kill is humane and courageous.”

“Good man. You’re not hiding or running away. You’re asking the right question: who was actually planning to attack us before 24 February?”

Mikhail is determined to use all legal means to defend his position.

But if he loses his case?

“When mobilisation was only being talked about as a possibility, I had already decided and agreed with my family that, if such a situation arose, I would refuse to do this, even if they sent me to prison. If I had to, I would choose prison. That’s nothing to fear. We know that [in Ukraine] people are dying under the rubble and parents are burying their children.

The state will consider me a criminal if I don’t go and fight in this war. But I won’t be a criminal from the point of view of humanity, or myself.”