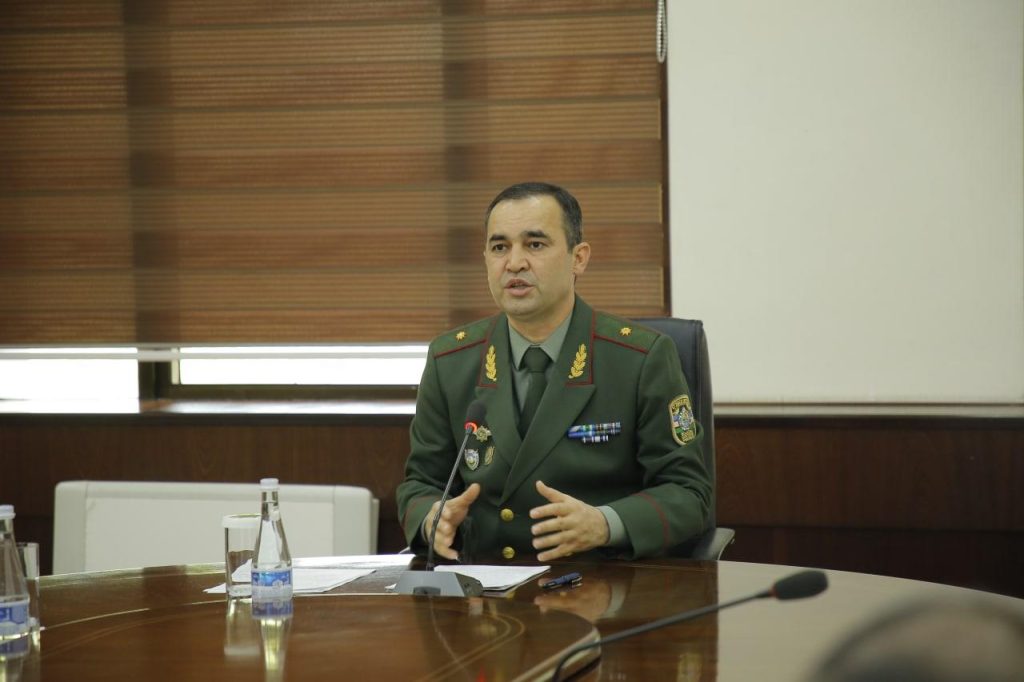 In recent years, at the initiative of the President of the Republic of Uzbekistan Shavkat Mirziyoyev, large-scale reforms have been carried out in all sectors of the country. Customs authorities were not an exception. Therefore, the reform of customs administration and procedures began in 2019. In particular, the corridors of simplified control are organized at customs posts. Today, 95% of passengers and 75% of cargo pass through them. Currently, 60 types of permits, which were previously issued by 12 different agencies, are provided electronically through a one-stop shop. As a result, the time of customs clearance was reduced to 10 times, writes the State Customs Committee of the Republic of Uzbekistan.

The reforms conducted in the customs sphere are aimed at improving activities on ensuring effective customs control; simplifying and speeding up trade and customs clearance procedures; removing barriers; ensuring openness and transparency; implementing non-intrusive forms of interaction between customs authorities and participants in foreign economic activity; development of criteria for identifying bona fide traders and applying simplified customs procedures to them.

On February 17, the President of Uzbekistan Shavkat Mirziyoyev chaired a meeting to reform the customs and transform them into a corruption-free sphere. In his speech the President underlined that “the customs posts are our country’s image, it is the here that the first impression is shaped. The convenient conditions for the population and entrepreneurs must be provided here. The customs system is a vital link between the domestic and global economies. If this system does not work properly and transparently, it will only hinder entrepreneurship and investment”.

The Development Strategy for 2022-2026 sets the goal of bringing the volume of exports to $30 billion and the number of foreign tourists to 7 million. This places a special responsibility on the customs authorities.

In order to bring customs administration to a new stage, dramatically reduce the human factor by digitally transforming customs and cargo operations, transform the customs sphere into a corruption-free system based on the principles of openness, transparency and credibility a Presidential Decree “On Additional Measures for Further Improvement of Customs Administration” was adopted on 27 April 2022. According to the Decree, work is underway to increase the digitalization of customs services to 70% in 2022 and to 100% in 2023.

Targeted work is being carried out to improve the automated system “Single Window”, with the transition of all services exclusively in electronic form. Currently, 12 agencies are issuing more than 60 types of documents of permissive nature.

Ambitious goal has been set to improve the “Risk Management” system, with the introduction of elements of artificial intelligence and bringing the number of simplified declarations from 75% to 95%. By 1 January 2023 – 80% of goods for export, it is planned to release automatically without the participation of customs officers within 3 minutes.

In order to accelerate and simplify the exchange of information, the integrated information system “E-Transit” and its mobile version were launched.

Along with this, a number of measures aimed at encouraging law-abidingness and good faith of participants in foreign economic activity (FEA) are being implemented.

In particular, from 1 May 2019, the customs authorities introduced the institution of authorized economic operators. Currently, 55 business entities have been granted operator status, with special facilitations in the form of the least physical controls, provision of deferred payments without collateral, unloading of goods in their own warehouse, etc.

Starting from 1 April 2022, the system of “Remote customs control” was introduced in Tashkent, Samarkand and Termez international airports. This system defines the receipt of preliminary information about passengers and the essence of which is to provide customs control of the passengers and their luggage through the use of innovative information systems. The system is planned to be launched in all international airports of the Republic of Uzbekistan by the end of 2023.

For the past 9 months of 2022 as a result of operational activities in the fight against smuggling and violations of customs laws the number of drugs seized by customs officers, compared to the same period last year, increased by 2.2 times and amounted to about 690 kg of drugs and 1.5 thousand bushes of narcotic plants. Last year during the same period, the figure was 305.6 kg.

On 21 December 2020 Uzbekistan joined the International Convention on the Simplification and Harmonization of Customs Procedures (Kyoto Convention). On this basis, many provisions of the Kyoto Convention have been implemented in the national legislation of the Republic of Uzbekistan.

During the visit of the Secretary General of the World Customs Organization Kunio Mikuriya to Uzbekistan in November 2021 an important Road Map for further development of cooperation was signed.

The Bachelor of Customs Affairs programme of the Uzbekistan Customs Institute recognized as being compliant with the World Customs Organization PICARD international standards.

The National Dog Breeding Center of the State Customs Committee also became a Regional Dog Breeding Center of the World Customs Organization. Currently, the Center trains working dogs in different areas and regularly exchanges experience on implementation of best practices with dog breeding services of such countries as Austria, France, Latvia, Lithuania, Korea, Russia, Belgium, USA, Italy and many others.

Radical improvement of the Customs System requires, first of all, studying the best foreign experience and mastering its advantages. For this purpose, in May this year, the Chairman of the State Customs Committee Akmalkhuja Mavlonov paid a working visit to the United Arab Emirates and South Korea, where he held important talks and signed documents aimed at strengthening mutual cooperation.

In order to improve customs administration and study the experience of advanced countries, study tours were organized to Turkey, Lithuania, United Arab Emirates, Azerbaijan, Georgia and many other countries.

Uzbekistan have established information exchange in Customs field with 7 countries and agreements have already been signed with another 5 countries.

In general, the systemic reforms in the sphere of creating new high-tech and effective Customs will serve to strengthen the economic stability of the country, increase its investment potential, create favorable business environment for participants of foreign economic activity and ensure the transparency of the customs authorities.