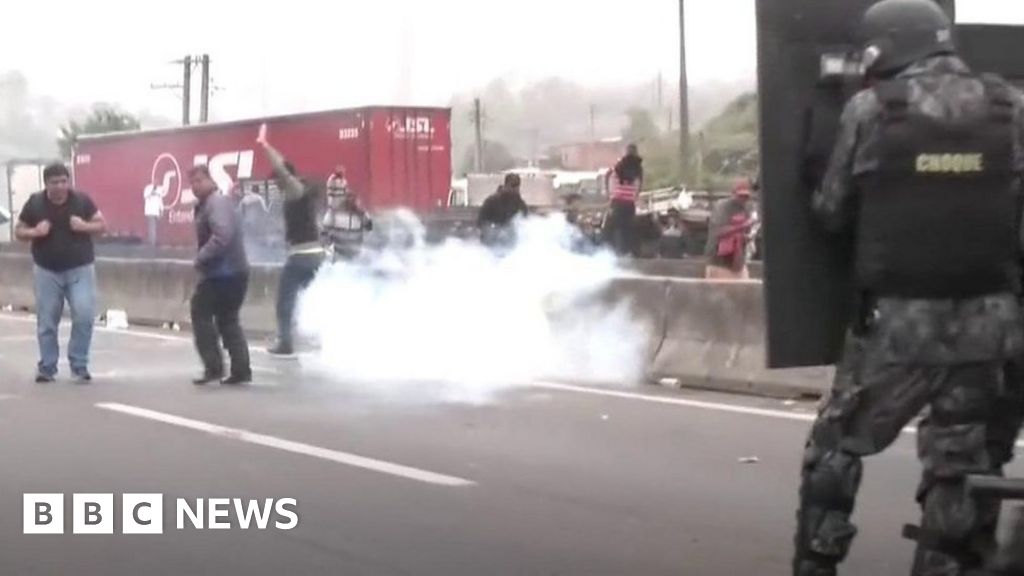 Brazilian police fired tear gas on supporters of President Bolsonaro while they were participating in a roadblock.

According to police, they have cleared over 300 roadblocks in a variety of states.