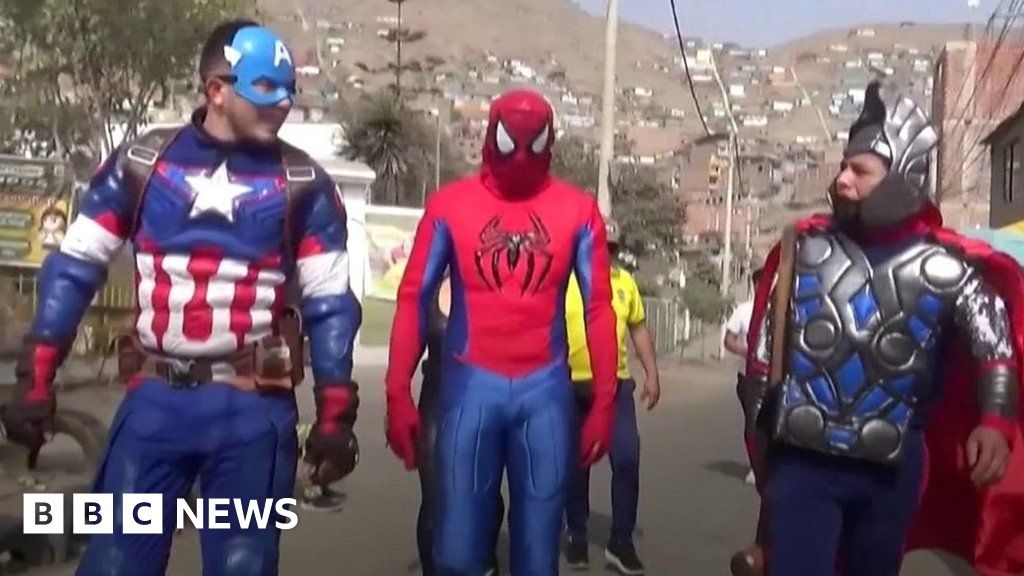 To carry out a drug raid on Peru, four Peruvian police officers disguised as Marvel characters.

After seizing 3,250 packets of cocaine paste and bags of cocaine, the police arrested four suspects.