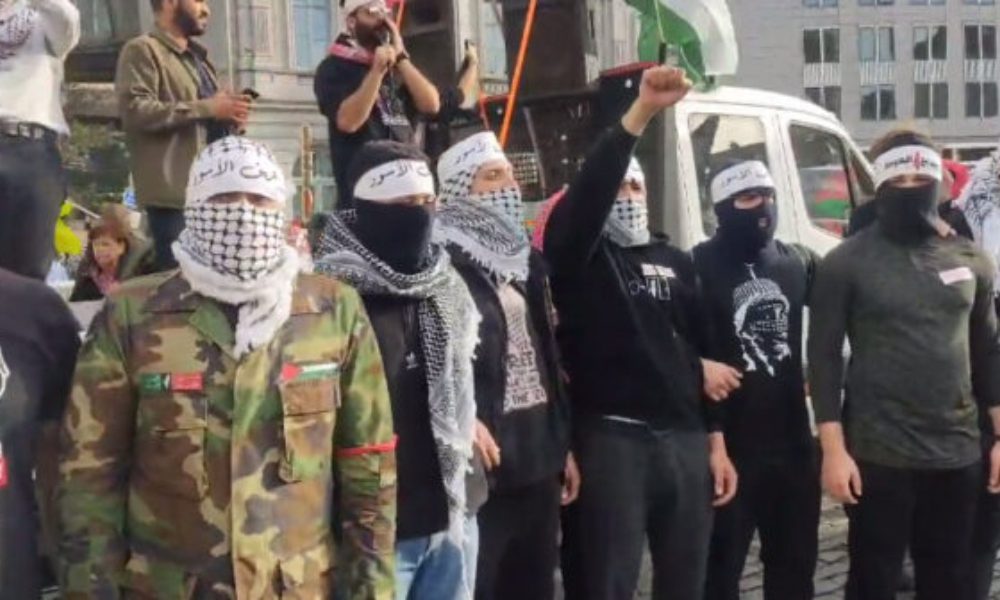 A pro-Hamas demonstration in Brussels last Saturday (29 October) during which anti-Semitic songs, calls for terrorism and the destruction of Israel were heard, has caused a wave of indignation. The march, which was organized in the framework of a “Palestinian week against the Israeli occupation and the EU’s support for Israel”, gathered some 700 people according to the organizers. It started in the Brussels commune of Ixelles and ended on Place du Luxembourg, in front of the European Parliament.

On Twitter, Israel’s ambassador to Berlgium and Luxembourg Idit Rozenzweig wrote that she was disgusted by the “hate march”.

“Disgusted by the hate march allowed today in Brussels. Posters of murderous terrorists, calls for the annihilation of Israel, calls against the Palestinian Authority. ‘Israel must not exist, the killers of Israeli children are heroes’. Shame on Ixelles for allowing this,” she wrote. “Are we in Gaza? In Beirut? In Cairo? No, in Brussels, yesterday,” reacted Belgian MP Theo Francken, from the Flemish N-VA party.

“A demonstration of Hamas hatred overflowing with anti-Semitism, hatred of Jews, glorification of terrorism and calls for violence in the streets of our capital,” he said, adding that “it is disturbing to see what the Vivaldi (the Belgian coalition government) allows in our streets”.

Georges-Louis Bouchez, president of the Liberal party (MR), denounced “the silence of the left on the outbursts during the demonstration”. “The flags, the portraits… All that was missing were the Kalashnikovs and you would have thought you were in Gaza rather than in Brussels,” she said. “If the far right had demonstrated in the same way, all the specialists in indignation, from the left would have reacted. Here nothing. Such political silence is unacceptable. The (Ixelles) mayor authorized the demonstration while we knew that there would be outbursts,” Bouchez deplored.

The mayor of Ixelles, Christos Doulkeridis, responded by saying that the “demonstration was authorized, because we had no elements to prohibit it”.

“It is up to me to apply Belgian and European law, which allows people to express views, as long as they respect a number of limits. These include the prohibition of incitement to hatred and violence against individuals and communities of people. If during the demonstration, it is found that people make statements that fall under this legislation, then they can be prosecuted criminally,” he added. He assured analyses of images and videos are in progress, inviting those who were shocked and have images to send them to him or to the Brussels police. “We will obviously follow up to launch criminal proceedings if necessary,” said the mayor.