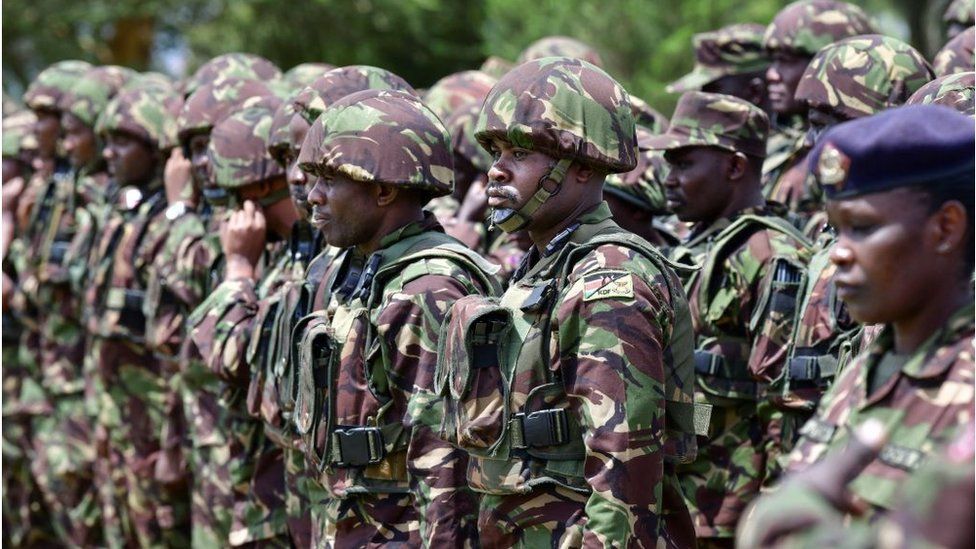 More than 100,000 people have fled their homes and dozens been killed after fighting reignited between Congolese soldiers and the M23 rebel group, in one of the world’s longest and deadliest conflicts. Now, Kenyan forces are joining the battle to support the Congolese military, in a bid to bring peace to the mineral-rich country which is being fought over by numerous different armed groups.

What is the fighting about?

Conflict in the Democratic Republic of Congo erupted three decades ago and has left more than six million dead and forced 4.5 million from their homes.

In the past year, violence has increased once more as security forces battle against more than 100 armed groups in the east of the country, despite the presence of a large United Nations peacekeeping operation.

Both the M23 and the Congolese army have accused each other of starting the clashes leading to the current crisis.

The intensity of the escalation has been such that President Félix Tshisekedi issued a call to arms on Thursday. He urged the country’s youth to “organise themselves into vigilance groups” to support the army.

The affects of the conflict are not restricted to DR Congo, but are also souring diplomatic relations between Rwanda and DR Congo, which accuses its neighbour of backing the M23 rebels and even expelled the Rwandan ambassador last week. Rwanda denies the claims

The M23, which was formed a decade ago, claims to defend the interests of ethnic Tutsis living in DR Congo against Hutu militias.

Rwanda’s President Paul Kagame came to power at the head of a rebel Tutsi army fighting Hutu extremists who slaughtered hundreds of thousands of ethnic Tutsis during the 1994 genocide. Many of those responsible then fled to DR Congo after Mr Kagame’s forces took over in Rwanda, taking the conflict across the border with them.

In an attempt to ease the latest crisis, leaders of the East Africa Community (EAC) agreed to send a force to quell the fighting in eastern DR Congo, just months after that country joined the regional grouping.

How many troops will go to DR Congo?

There is no specific figure on the number of troops that will be deployed. What we know so far is that only four countries – Kenya, Uganda, South Sudan, and Burundi – are sending their soldiers.

One thousand Kenyan troops will join their Burundi counterparts who arrived in DR Congo in early August for the joint mission against the rebels. It is not clear if Tanzania will deploy troops.

Military officials have declined to reveal the numbers of soldiers involved, citing security and strategic reasons.

Burundian soldiers are currently based at Luberezi near Bukavu in South Kivu. The Kenyan contingent will be stationed near Goma in North Kivu and will command the East African Community Regional Force.

Rwanda is also a member of the EAC but it has been agreed it should not contribute to the regional force. 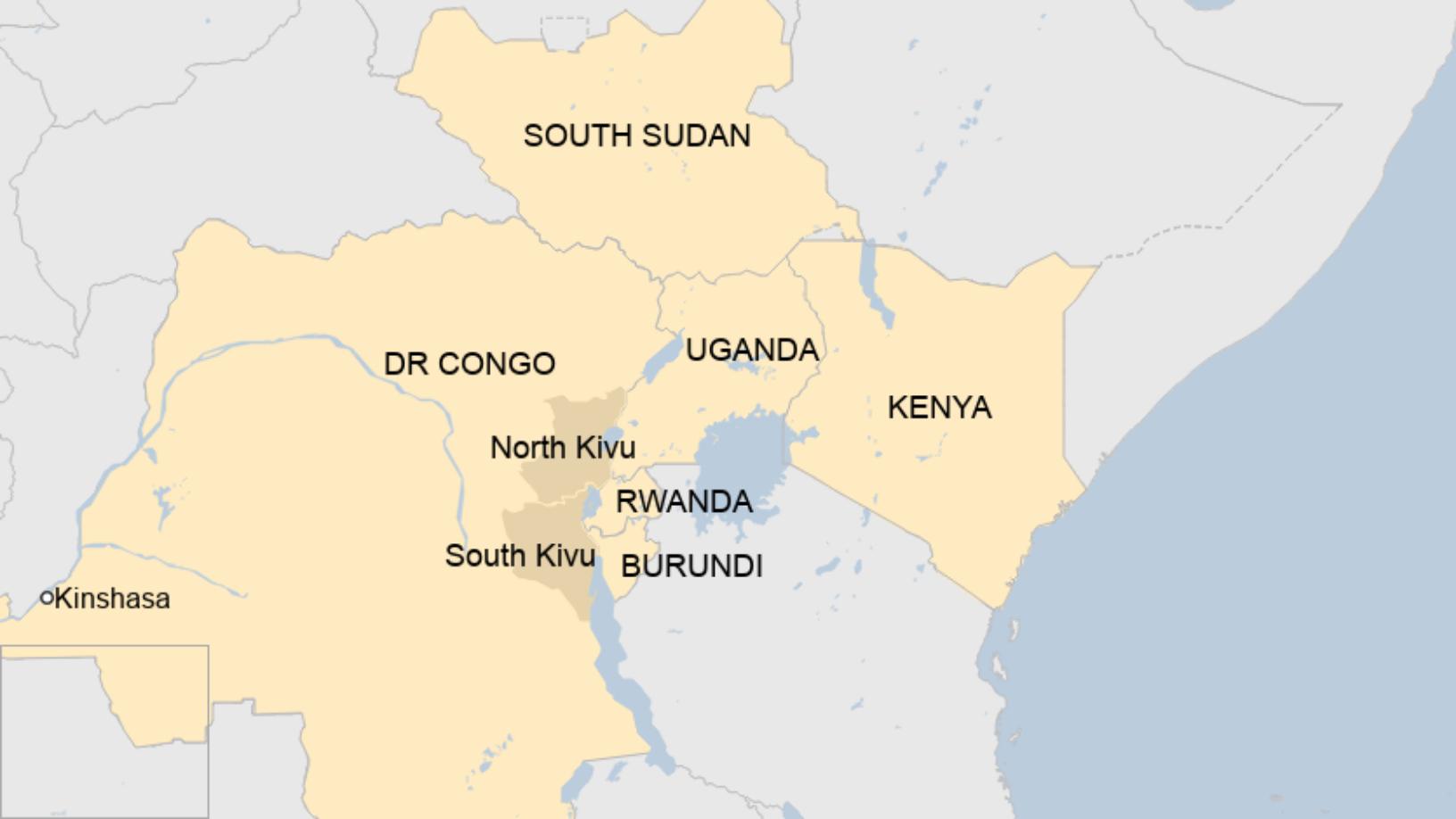 What difference will the East African force make?

M23 rebels have seized several towns in eastern DR Congo and have gained further ground in recent weeks but they are not the only group the East African force will be fighting in the three most troubled provinces – North Kivu, South Kivu and Ituri.

The different contingents will each have distinct missions. Kenyan soldiers will focus on rebels in the North Kivu area where some of their counterparts are already embedded in the UN force.

Ugandan troops will pursue the Allied Democratic Forces who are linked to the Islamic State in North Kivu and Ituri, and have staged attacks in Uganda.

Burundian troops will concentrate in South Kivu, where they will battle the Tabara milita. South Sudanese forces will fight remnants of the Lord Resistance’s Army.

How is the East African force different to the UN mission?

The role of the East Africa regional force is clearly defined as targeting armed groups.

The UN has had a peacekeeping mission in DR Congo since 2000 and was previously limited to protecting civilians and supporting operations of the Congolese army.

However, the UN later approved the creation of a combat force with the mandate of carrying out targeted offensive operations to pacify armed groups in the region.

The intervention brigade is comprised of troops from South Africa, Tanzania, and Malawi.

Many Congolese are strongly critical of the UN mission, known as Monusco, accusing its 13,000 troops of failing to protect them against the rebels. Earlier this year, there were deadly protests against the UN and these have resumed in recent days as the M23 has advanced.

Security analysts says the East African force and Monusco will need to coordinate closely if they are to be effective.

What interests does Kenya have in DR Congo?

Kenya has been instrumental in trying to broker a permanent peace deal between DR Congo and the rebels.

In July, former Kenyan President Uhuru Kenyatta – who played a key role in DR Congo joining the EAC in March – was appointed to facilitate peace talks and oversee the implementation of a peace deal the two sides had agreed in Nairobi.

Defence and security analysts say DR Congo has been lobbying Mr Kenyatta’s successor, William Ruto, on the peace initiative and deployment of the regional force.

As East Africa’s most advanced economy, Kenya has been keen to advance its business ties across the region through trade and investment.

Why is eastern DR Congo so unstable?

Eastern DR Congo is endowed with extraordinary natural wealth. Minerals have played a key role in more than three decades of armed conflict there.

Numerous rebel groups have funded their occupation of the region through exploiting minerals such as tin, tungsten, tantalum and gold.

President Tshisekedi says that Rwanda wants to destabilise the region because it wants to appropriate its minerals, but Rwanda has denied any role in DR Congo’s unrest.

However, it did twice send its troops into its much larger neighbour in the 1990s – saying it was trying to to halt attacks by Hutu militias based there.

This led to a conflict which ultimately drew in the armies from seven African states.

A report by a UN panel of experts in 2002 revealed that criminals linked to the security forces of Uganda, Rwanda, Zimbabwe and DR Congo had all benefited from exploiting that country’s minerals.