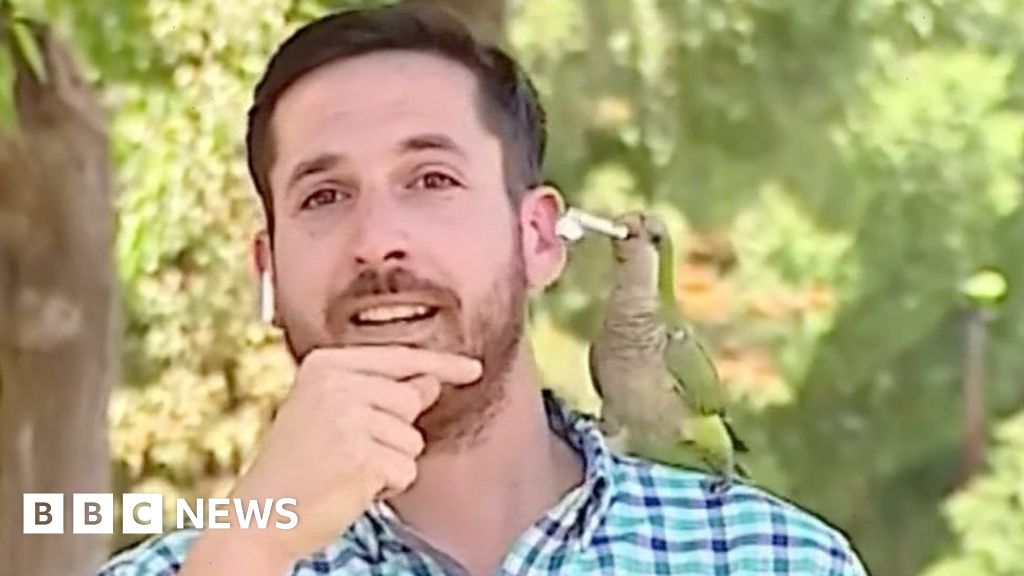 Chilean reporter was on-air when a parrot flew over his shoulder and took his earphones.

Nicolas Krumm, Chilevision’s journalist, was discussing the rise of robberies within the area when the feathered fiend took out his earphone.

The cameraman attempted to capture the bird in order to retrieve the earphones, but the bird flew away.

Later, the reporter reported that the parrot had dropped the device but was able get it back.