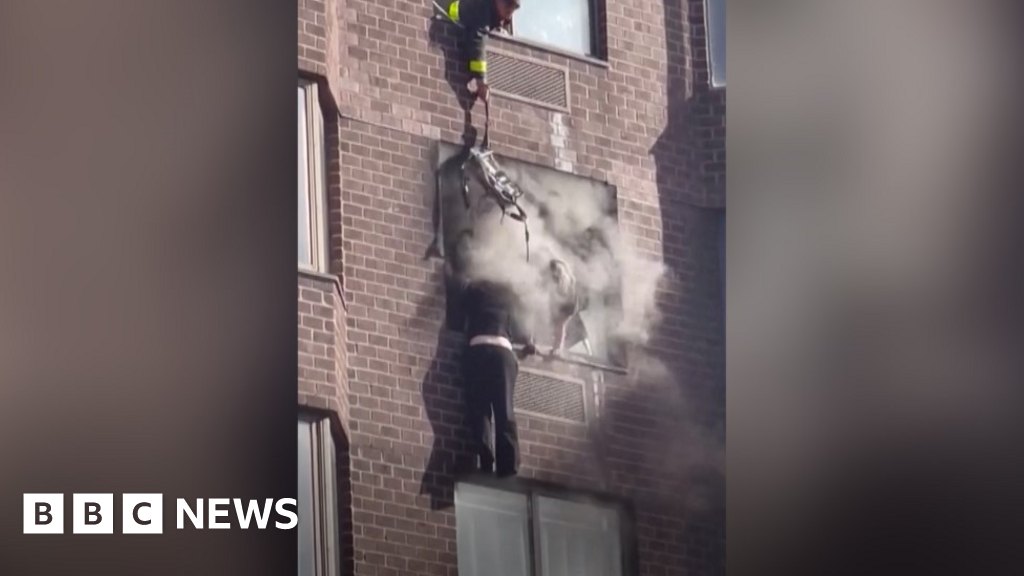 Dramatic video of a woman being pulled safely to safety by a rope attached to a high-rise apartment block in New York.

She was saved by firefighters from the 20th-floor burning Manhattan building.

According to the New York City Fire Department, at least 38 people were hurt in the fire that was set off by an ebike or escooter battery.

These types of fires are increasing, according to the chief fire marshal for the city.