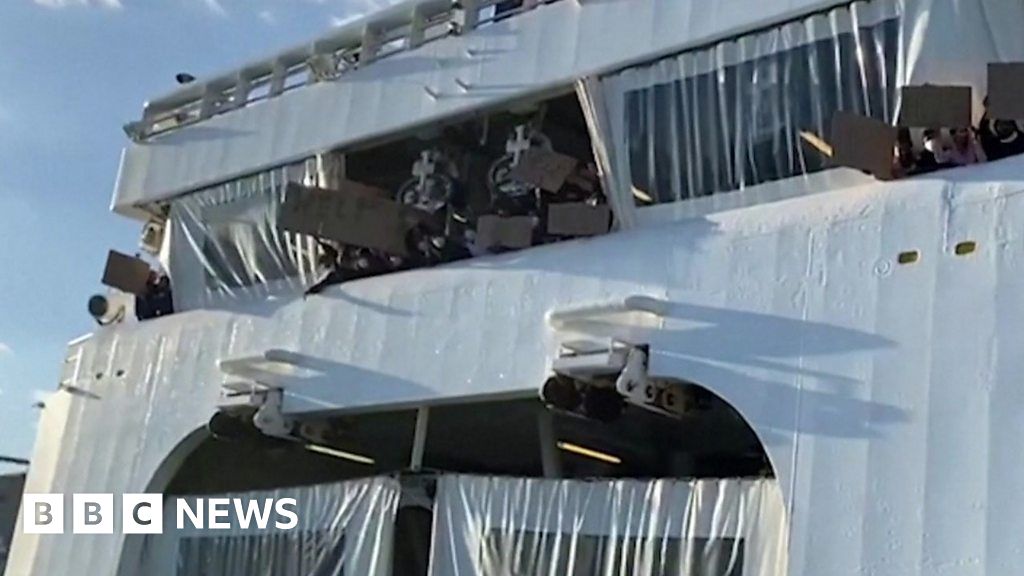 Two migrant rescue boats are being refused permission to disembark in Italy.

Over the weekend, two rescue vessels carrying a large group of migrants tried to dock in Catania, Sicily.

Most were allowed to leave the ships, but 35 men on the Humanity 1 and another 215 on the Geo Barents were told they would have to stay on board.

Both boats – as well as two more which remain at sea – have reported that people are sleeping on floors and decks.

They added that fever-inducing infections and scabies are spreading, while food and medical supplies are running low. Some migrants have been on the ships for more than two weeks.

Cries of “help us” could be heard coming from the Geo Barents, as the standoff between the rescue ships and the Italian government continued.