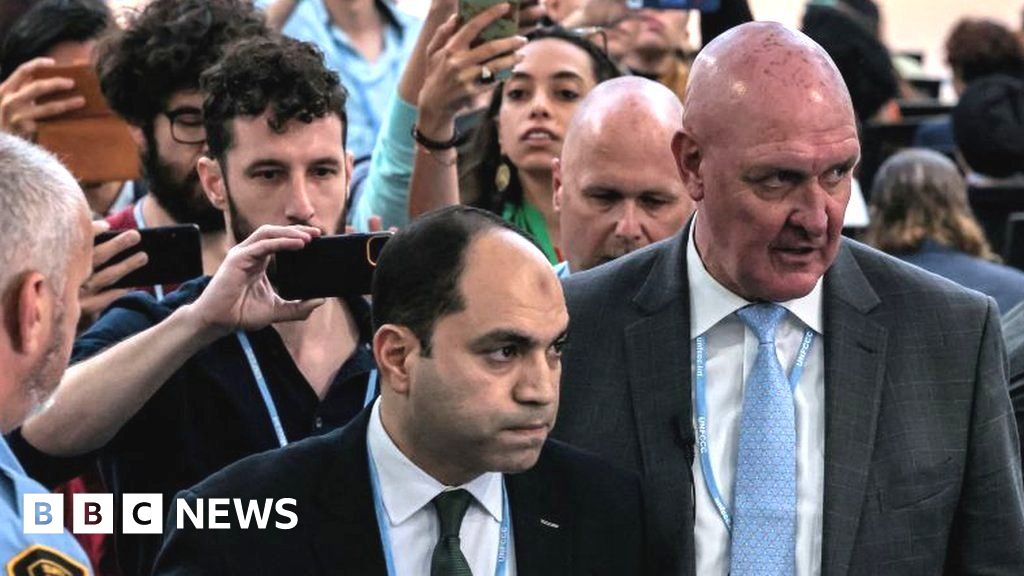 An Egyptian lawmaker was removed from a press conference at the COP27 climate meeting in Sharm El-Sheikh after defending the detention of British-Egyptian pro-democracy activist Alaa Abdel Fattah.

Amr Darwish said Mr Abdel Fattah was “not a political prisoner”, as he addressed a panel including the activist’s sister, Sanaa Seif.

Alaa Abdel Fattah has been on hunger strike since April and the UN human rights chief has called on Egypt to release him.

Read more on this story here.