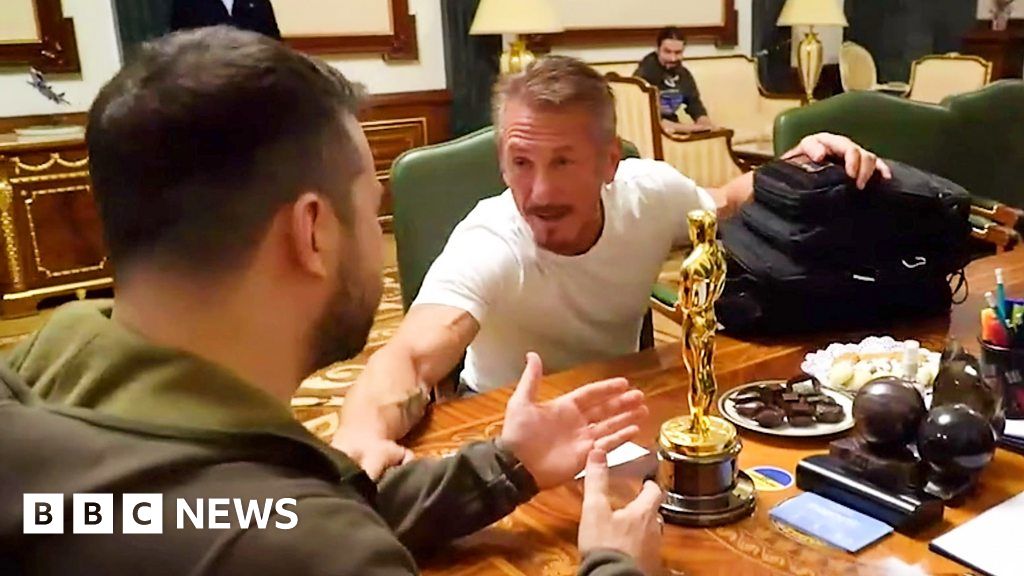 American actor Sean Penn has given his Oscar to Ukrainian President Volodymyr Zelensky during a visit to the capital Kyiv.

Penn, who is known for his political activism as much as he is for his films, fled Ukraine in March while filming a documentary about the conflict.

He later said he considered joining Ukrainian forces to fight against Russia.