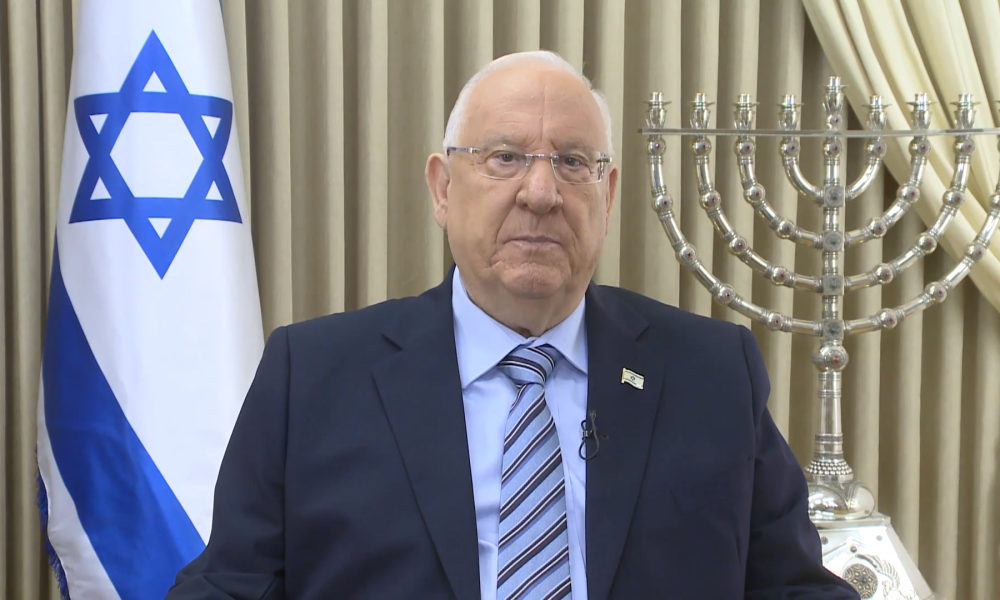 Reuven (Ruvi) Rivlin (pictured), the tenth president of the State of Israel, will receive the World Jewish Congress’ highest prize, the Theodor Herzl Award, on Wednesday, 9 November, for his courageous leadership on behalf of Israel and Jewish communities worldwide.

WJC President Ronald S. Lauder will present the top accolade at the organization’s annual gala, held this year at the Museum of Modern Art in New York City.

The award, established in 2012, honors notable individuals who work to promote Herzl’s ideals through international support for Israel and enhanced understanding of Jewish history, culture, and peoplehood.

The gala will also include a special presentation of the WJC Teddy Kollek Award for the Advancement of Jewish Culture to Ken Burns, the award-winning documentary filmmaker whose acclaimed 2022 series “The U.S. and the Holocaust” vividly depicts the plight of Europe’s vulnerable Jews and underscores the importance of the WJC’s mission. Dr. Henry A. Kissinger, former U.S. Secretary of State, will deliver presentation remarks.

“President Rivlin’s tenure in office and as a lifelong public servant have inspired everyone gathered here, and our allies and friends worldwide,” said Amb. Ronald S. Lauder. “His integrity and innate sense of justice, combined with a wonderful sense of humor, have tipped the scales for good on behalf of Israel and the Jewish people everywhere.”

The event will take place on the 84th anniversary of Kristallnacht, or the Night of Broken Glass, when Nazi forces in 1938 perpetrated a wave of antisemitic violence in Germany and Austria that killed 91 people and destroyed 267 synagogues. WJC will commemorate Kristallnacht during the evening’s program. In Germany, WJC will display digitally reconstructed images of four destroyed synagogues in Berlin, Dortmund, Frankfurt, and Munich, on the buildings that replaced them. At some sites, virtual reality glasses will enable viewers to see the synagogue interiors of the time.

More information on the World Jewish Congress event can be found here.

This is a closed event, for WJC guests only, and will not be accessible to the general public.

Reuven (Ruvi) Rivlin, Tenth President of the State of Israel

About the World Jewish Congress