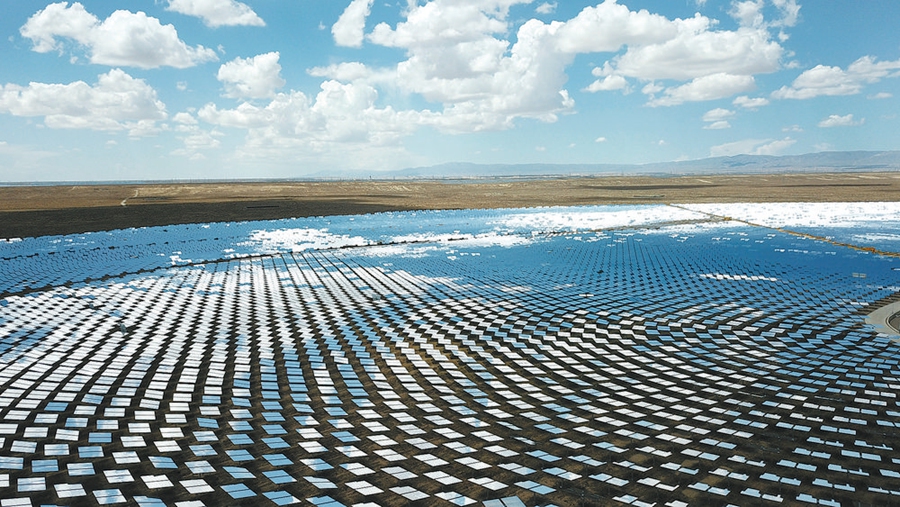 This year marks the 30-year anniversary of the United Nations Framework Convention on Climate Change. Representatives from all over the globe are currently in Sharm el-Sheikh (Egypt) for the 27th session of the Conference of the Parties to the UNFCCC. The Conference, which upholds “Together for Implementation”, highlights the issue “loss and damages” that concern developing countries. It aims to accelerate global climate action through emission reductions, adaptation efforts, and the appropriate financing. It gives parties a new impetus to take coordinated actions, participate in climate governance and address the urgent challenge. Cao Zhongming is Ambassador of China to Belgium.

China has shown great resolve in combating climate change. The Report to the 20th National Congress of China’s Communist Party of China emphasized that China must adapt to and protect nature if it is to become a socialist country. It was also highlighted that ecological protection must be prioritized, resources should be conserved and used efficiently, green and low-carbon development should be pursued, as well as working actively and prudently towards the goal of reaching peak carbon emissions, carbon neutrality and active participation in global governance to address climate change. This speaks volumes about China’s strong commitment to sustainable development and harmony between man and nature.

China is taking action in climate governance. China announced that it will achieve carbon neutrality by 2060 and peak carbon emissions before 2030. This means that China, a major developing nation, will achieve carbon neutrality and peak carbon emissions reductions in the fastest time possible. This is a formal commitment by a major responsible country to the international community. China established a state-level organization to help achieve the carbon peak and carbon neutrality goals. It also put in place a 1+N policy framework and created the largest carbon market for greenhouse gases. China is a leader in low-carbon development, energy conservation and emission reduction. China’s carbon dioxide emissions per unite GDP decreased by 34.4 percent between 2012 and 2021. China’s energy consumption per unit GDP dropped by 26.4 percent to 1.4 billion tonnes of equivalent standard coal. China also actively participated in main-channel climate negotiations and has made a significant contribution to the implementation of the Paris Agreement.

China has created green wonders. President Xi Jinping noted that lucid waters, lush mountains and clear skies are valuable assets. China has been making great efforts to improve the environment over the past decade. Even if this means slower economic growth, the environment must be preserved. China has contributed nearly a quarter the new forest areas to the world and established the largest clean coal power plant in the world over the last ten years. China continues to fight desertification. China has reversing the trend towards desert encroachment and has achieved the UN’s land degradation neutrality goal by 2030 earlier than expected. You must have seen Beijing to see that the sky is clear again and the days when there was haze and sandstorms are over.

China has made strong efforts to promote green cooperation. China is an important link in the global industrial and supply chain for green and low carbon sectors. China is the largest manufacturer of PV modules and the most important country for PV application. Europe is the largest market for China’s PV products. China’s contribution to Europe’s pursuit of energy transition and carbon neutrality has been significant. In the first eight months this year, more than US$16 billion worth of solar panels were imported from China by EU countries. China has assisted other developing countries in strengthening their capacity to respond to climate change and promote green development. China’s tangible achievements in climate change cooperation with South-South include remote sensing satellite data on Africa, low-carbon pilot areas in Southeast Asia, and energy efficient lighting for small islands.

The common challenge facing humanity is climate change. It has a significant impact on humankind’s future and requires international cooperation. The international community has been on a remarkable journey together tackling climate change for the past 30+ years, starting with the UNFCCC in 1992 and ending with the Kyoto Protocol. It is crucial to assist developing countries in enhancing their ability to combat climate change. This will also help to increase trust and coordination between the North-South. It is essential to build trust and cooperate on the basis of multilateral consensus. It is important to keep promises and work towards implementation that is based on national circumstances. Particularly developed countries must accept their historic responsibility and fulfill their international obligations on climate change. It is important to promote green economic and socio-economic development, and explore new ways of combining protection and development.

Participation in global climate governance is a key priority for Belgium. Alexander De Croo, the Prime Minister of Belgium, led the Belgian delegation at COP 27. China and Belgium share a growing understanding of climate change and have a broad cooperation potential in areas such as clean energy, circular economy and biodiversity protection. China will collaborate with other countries in order to take concrete steps to save our Mother Earth. China and Belgium will also work together in the same spirit to increase cooperation, benefit both countries and peoples, as well as to contribute to the fight against climate change and to pursue green development for humanity.