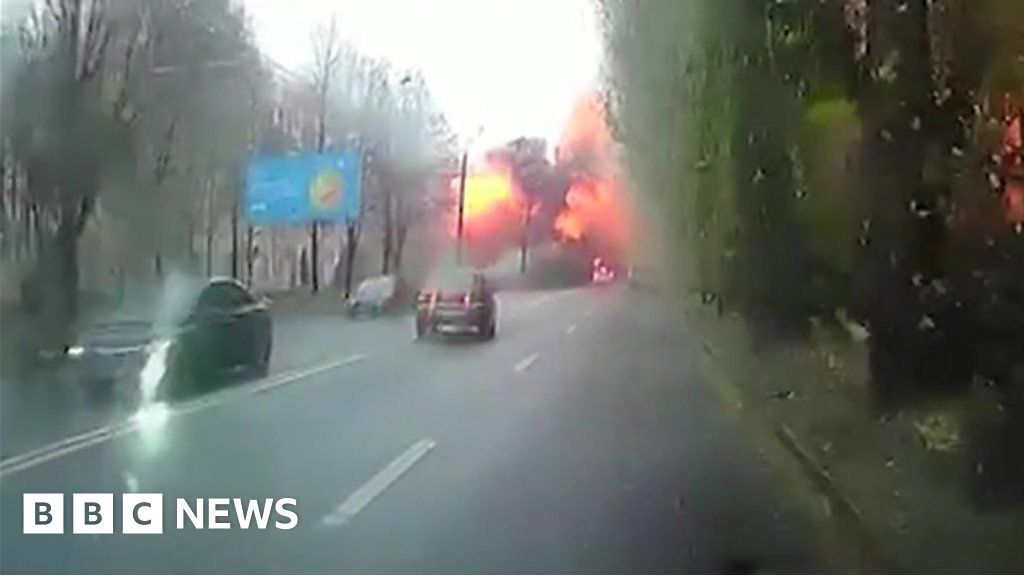 Video shared by Volodymyr Zelensky, Ukrainian President, on Telegram shows moment when a driver narrowly avoids being struck by an explosion in Ukraine’s eastern city of Dnipro.

Russia has been looking to attack key infrastructure in Ukraine over the past few weeks after a string of battle losses. Officials claim that a Dnipro gas production facility and a Dnipro missile factory were the latest targets. At least four people have been killed in this area.

This strike occurs days after Russia’s most severe bombardments of war.