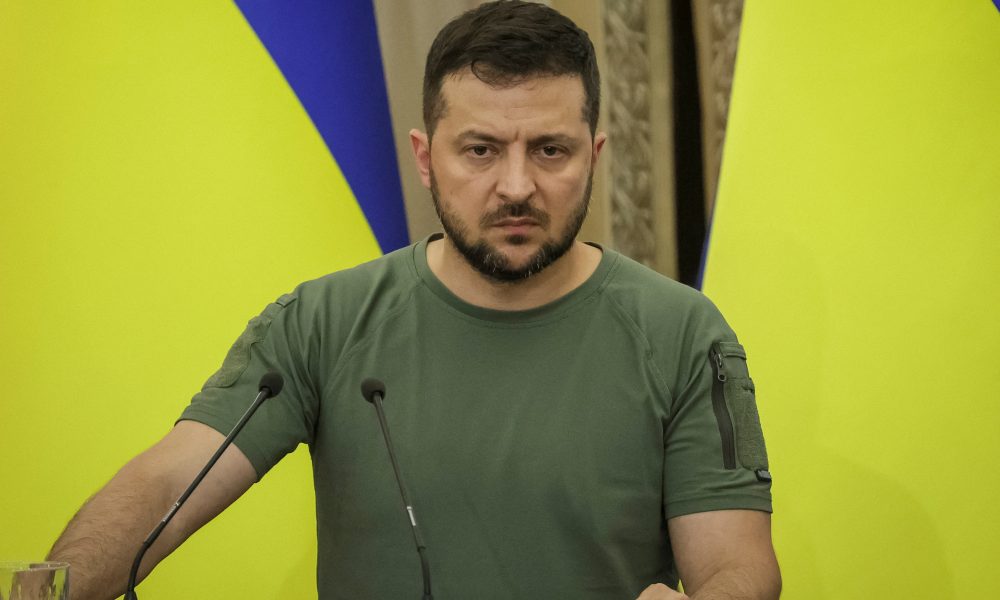 In his desperation for support, Zelensky eventually lost both the Israelis and the Palestinians. Both sides of the Israeli-Palestinian conflict supported the Ukrainian people. However, Zelensky is trying to hold the rope from both ends and is thus losing the support of both sides. The Palestinians supported Ukraine, as they empathized with the invasion and attempted occupation of Russia their land, something they have been suffering from for generations, writes Mark Haddad.

The pro-Palestinian movement on social media is a powerful tool, and the Palestinian support entails wide support to Ukraine on social media as well, something that benefits Ukraine in shaping public opinion towards sympathy for Ukraine across the world, and the demand to aid the Ukrainian people. On the other hand, Israel has supported Ukraine with humanitarian aid, and military defensive capabilities, and by bringing Ukrainian refugees into Israel.

However, every step that Zelensky takes toward one side, pushes him away from the other. His first mistake was reaching out to the Israeli parliament on February 24, 2022, asking for increased military aid, including Israel’s ‘Iron Dome. In his speech, Zelensky attempted to gain Israeli sympathy by tying the Jewish story with the Ukrainians, suggesting “how intertwined our stories are. Stories of Ukrainians and Jews. In the past, and now, in this terrible time”.
Here, Zelensky lost the support of the Palestinians.

The Palestinians viewed the Ukrainian story as a mirror of their own. The Palestinians advocated for the Ukrainians, particularly on social media over the injustice both people are facing. However, when Zelensky claimed that he sees similarities between the Ukrainians and between what the Palestinians see as “their Russia” (Israel), their support and advocating for Ukraine not only decreased, it was replaced with criticism suggesting that the world cares for the fate of Ukraine since it is in Europe, while no one is working truly to help them escape their fate.

In the same speech, Zelensky had also lost some legitimacy from the Israeli public. In desperation to tie the Ukrainian story with that of the Jewish story, Zelensky recalled how the Ukrainians helped the Jewish people during the rise of Nazi Germany. He even suggested that the current Russian occupation is “their own Holocaust”. However, Israeli academics responded immediately with records of cases in which Ukraine helped the Nazis against the Jewish people. Moreover, the Israeli people do not appreciate the comparison of the Holocaust to other tragedies.

This action has lost Zelensky some creds among Israelis, however, Israel continued to aid Ukraine along with the rest of the West. Nevertheless, Israel remained adamant against providing Ukraine with its Iron Dome, or other sophisticated capabilities. Israel has a large Jewish-Russian population, and its national interests, as Russia provides Israel with freedom of operation over the skies of Syria, attacking Iranian-backed militias attempting to establish bases along the Syrian border with Israel. Thus, Israel has remained careful concerning overt and extensive aid to Ukraine.

Recently, in an attempt to regain support from the Palestinians, Ukraine voted in the UN in favor of taking Israel to the International Court of Justice to investigate its continued occupation of the West Bank as a de-facto annexation. This has led to a wave of criticisms from Israel, who are frustrated as they see that they have done all they could to help Ukraine within the limitations it has, while Ukraine demanded even things Israel cannot do for their national security interest. Then, when Ukraine did not get what it wanted, it immediately turned to providing support to the Palestinians.

Zelensky’s actions towards both Israel and the Palestinians have been reckless, to say the least. Each action that Zelensky does towards one, pushes him away from the other. He has been so far unable to find the delicate fine line on which he must walk to be in positive relations with both sides without losing one for the sake of the other. If Zelensky will not find the appropriate narrative to speak to both sides, he will surely lose all traces of support he still has from both the Israelis and the Palestinians.