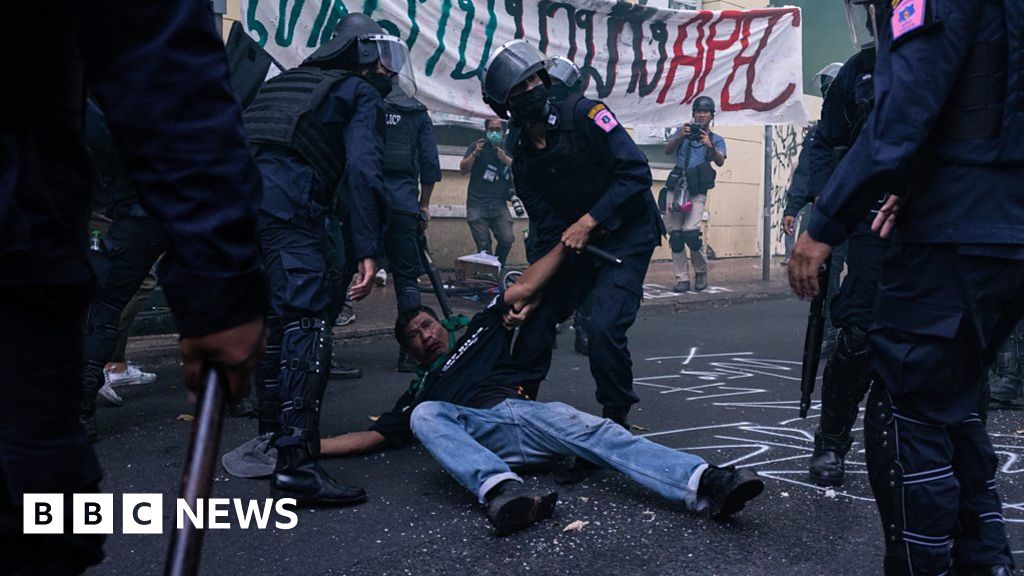 According to a Thai police official, rubber bullets were fired at protestors in Thailand against the Apec summit in Bangkok.

Police and hundreds of protesters erupted near the summit’s site. Leaders from all over the globe attended the event.

Social media videos showed demonstrators firing projectiles at police officers and charging at them, trying to turn a police car upside down. Police reacted with batons and shields.

In 2014, Mr Prayuth seized power and was then re-elected in 2019. He has been the victim of multiple no-confidence votes this year.