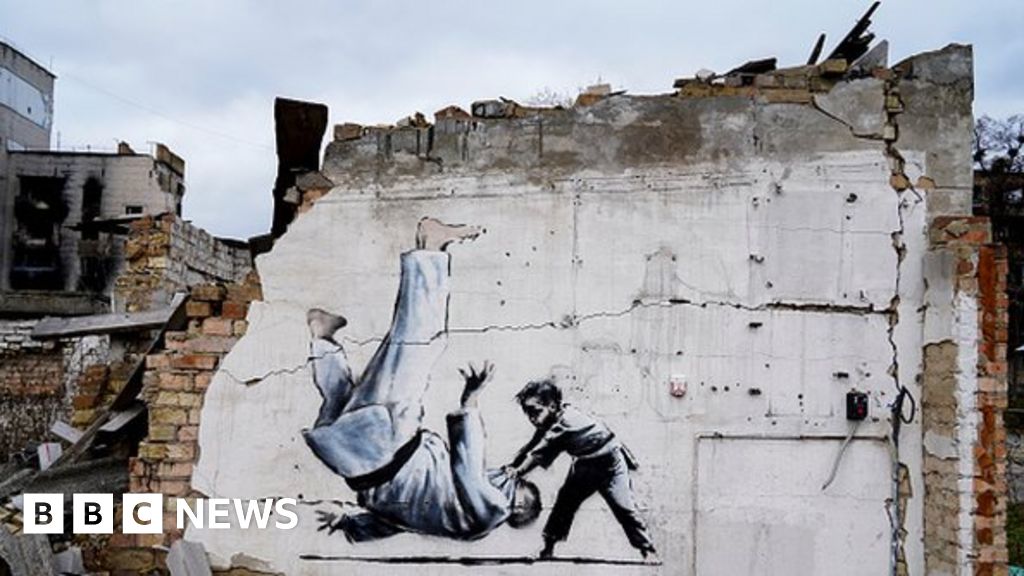 Banksy, an anonymous British artist, released video footage of his work in Ukraine.

One picture shows a woman in a gas mask, carrying a fire extinguisher to put out the flames on a burned-out building.

The worst affected towns were those where the artwork was located at the time of Russia’s invasion.

Also, the footage shows a man creating the art. But Banksy isn’t showing his face.