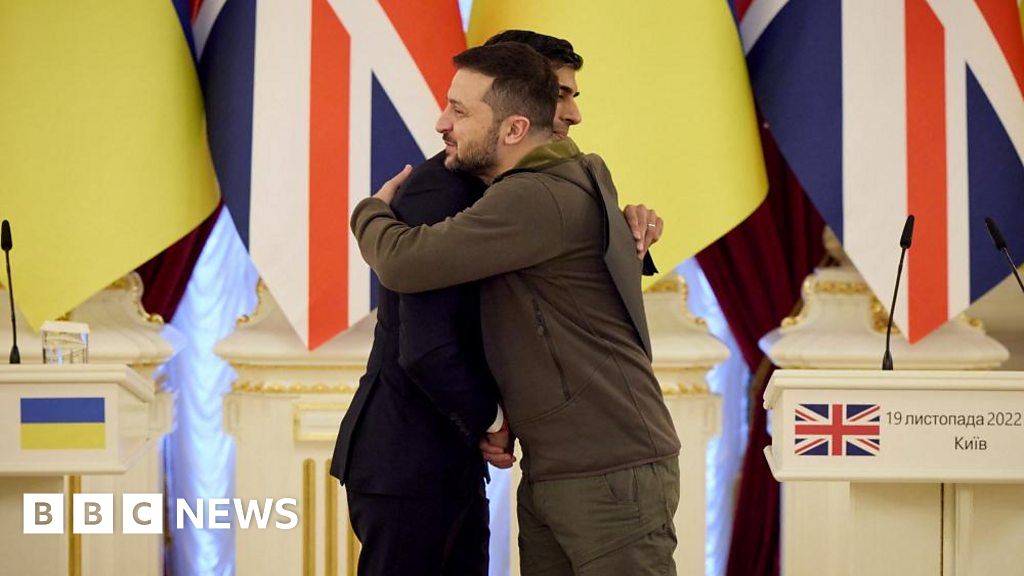 During a visit to Ukraine, the British prime minister reiterated his support for Ukraine.

Rishi Sunak and President Zelensky held a news conference where he stated that the courage of the Ukrainians was an inspiration for the rest.

Later, the prime minister laid floral tributes at the memorial to the war dead.