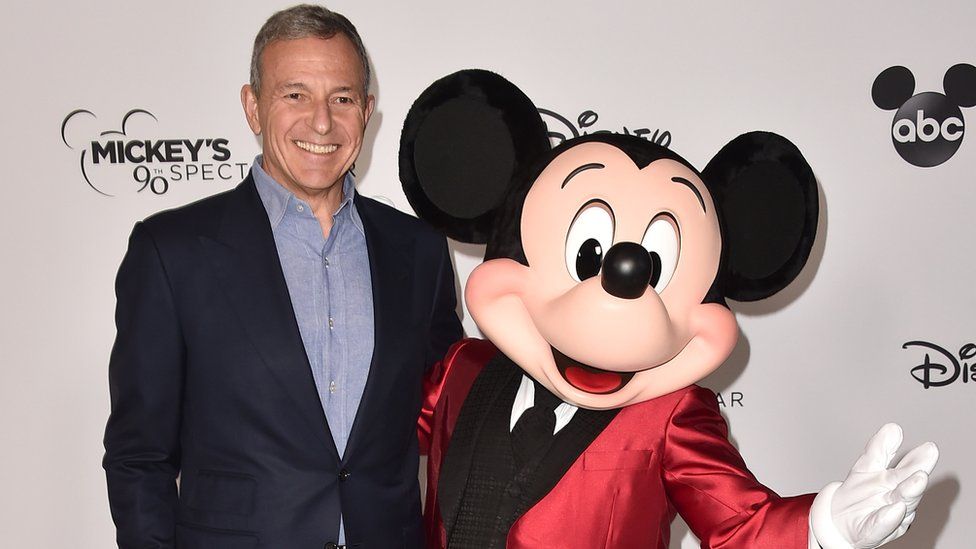 Former Disney boss Bob Iger, who headed the entertainment giant for 15 years, is returning to lead the firm.

He replaces Bob Chapek, who took over as chief executive in February 2020.

Disney shares have fallen by more than 40% this year and the company has poured billions of dollars into its loss-making streaming service Disney+.

Mr Iger’s decision to step down in 2020 came as a surprise, after he had driven several major takeovers and launched Disney’s streaming network.

Susan Arnold, who heads the company’s board, said in a statement that Mr Iger was “uniquely situated” to take Disney through “an increasingly complex period of industry transformation.”

Mr Iger has agreed to hold the post for two years in which time he aims to find a successor to lead the company.

“I am extremely optimistic for the future of this great company and thrilled to be asked by the Board to return as its CEO,” Mr Iger said.

During his decade and a half as chief executive Disney bought animation studio Pixar, comic book company Marvel, the home of Star Wars LucasFilm and Rupert Murdoch’s 21st Century Fox.These deals, along with the launch of the Disney+ streaming platform and amusement park openings helped the company’s market value increase five-fold during his time in charge.

In September, it was announced that Mr Iger was one of the last honorary knights to be approved by the late Queen Elizabeth II, for his contribution to UK/US relations.

Mr Iger has replaced Mr Chapek, who was Disney’s chief executive for less than three years, with immediate effect.

“We thank Bob Chapek for his service to Disney over his long career, including navigating the company through the unprecedented challenges of the pandemic,” Ms Arnold said.

Earlier this month, the company said Disney+ had lost nearly $1.5bn (£1.3bn) in the three months to the end of September.

However, the service added more than 12 million subscribers during the time.

Disney now has more than 235 million subscriptions across its three streaming platforms, which also include the sports-focused ESPN+ and wider entertainment site Hulu.

Netflix, by comparison, has about 223 million subscribers.

In March, he apologised for his “painful silence” on the sex education bill that critics had said would isolate LGBT youth.

Walter Todd, president and chief investment officer of Greenwood Capital, told the BBC’s Today programme that the news of Mr Iger’s return was “very shocking”, but added that investors were likely to welcome it.

“Bob Iger is someone who’s synonymous with Disney – he oversaw some of the most successful acquisitions in the company’s history with Pixar, Marvel, Lucas Films so I think there’s a fair amount of confidence in Bob in his vision for the industry.

Mr Todd said that Mr Iger’s track record at Disney was why he had such respect in the industry, but, he added, “that will only get you so far – so I’ll be very interested to hear what his vision is for the company going forward”.