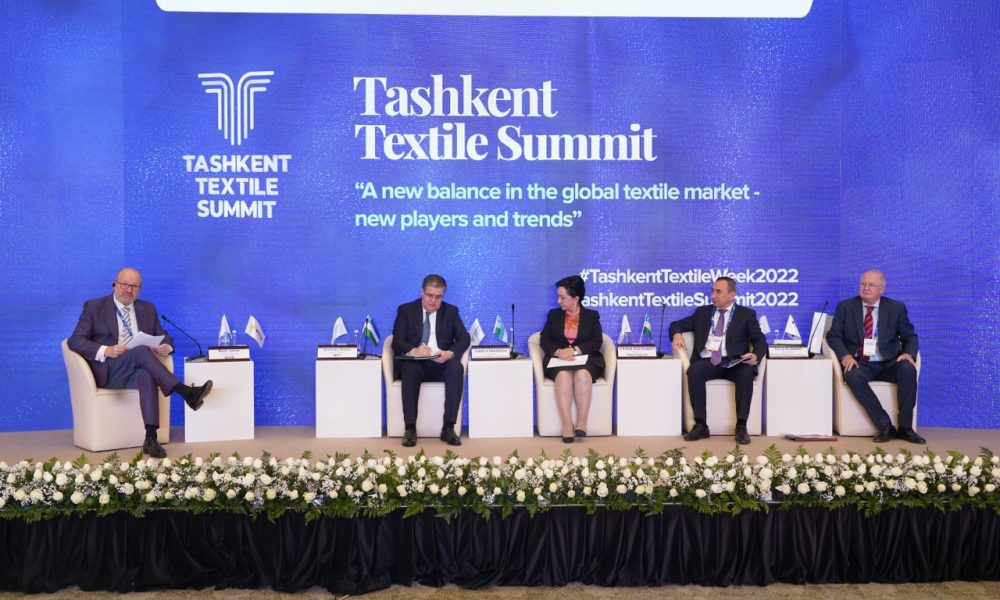 Tashkent, the Capital of Uzbekistan hosted the Textile Summit from 11-12 October. It was held during the Tashkent Textile Week which is usually held in spring and fall. organizes the Uzbekistan Textile and Garment Industry Association.

First, special attention was given to the significant reforms in Uzbekistan that were implemented according to the principles of transparency and openness. It is evident that the country has seen an increase in peace, stability and prosperity as well as increased human rights. As the number of participants, international partners and contracts increase from year to year, the Textile Week is also a benefit.

It is important to note that the legal framework in economic, social and human rights areas has been improved and institutional foundations are being developed.

The National Commission for Combating Human Trafficking and Forced Labor and the departments within the regions are also responsible for ensuring that laws are implemented at the appropriate levels. The organization of work to introduce international standards into Uzbekistan’s legislation and practice was also mentioned.

Narbaeva spoke about several recent achievements in Uzbekistan. Narbaeva spoke of several achievements in Uzbekistan over the past years. These included the implementation of the process of analysing the work being done, relationships with international partners, and the cancellation of the cotton boycott on Uzbekistan by international coalition “Cotton Campaign”. In March of this year, U.S. Department of Labor declared the worst forms of child labour.

It is worth noting, too, that Uzbekistan ranks 9th among countries that have made significant changes and that the US Department of Labor has removed Uzbekistan’s cotton from its list of goods that were produced by forced labor.

Uzbekistan’s success stories and achievements in a short time span are a model for other countries. This is not Uzbekistan’s assessment, it is the US Government’s assessment. International recognition comes with responsibilities and obligations.

With 35 million people, the republic is Central Asia’s largest country. 600-700 000 young people enter the labour market each year, half of them women. There are many opportunities to create decent jobs in the textile industry.

Another point worth noting is: The creation of cotton-textile clusters, under the direction of the President, and the use of modern technologies in production and the creation jobs resulted in Uzbekistan’s textile exports reaching 3 billion dollars by 2021.

In order to enter the world market and develop industrial production, scientific approaches are used. New technologies are being developed, innovative projects are being implemented, production standards are being widely adopted. And of course, special attention is paid to producing production that is environmentally sustainable and socially responsible. Transparency and openness are also being maintained in the value chain.

The textile industry is focusing on environmental issues, the identification and elimination of causes, the improvement of the waste treatment system, the development of the circular economy and comprehensive protection of employees’ rights and interests, and broad implementation of the principles for decent work for them. Uzbekistan is also actively working to implement advanced projects like Better Work, BCI.

A road map was developed today and has been adopted in accordance with the directions and requirements of international organisations and partners. Control has also been established within the context of the activities of the Parliament.

The Textile Summit is a very important event for Uzbekistan. The Summit is essential for the development of Uzbekistan’s textile industry. It ensures stability in the supply chain and modern production. They also expand their export geography and make new deals with partners. These goals are met.