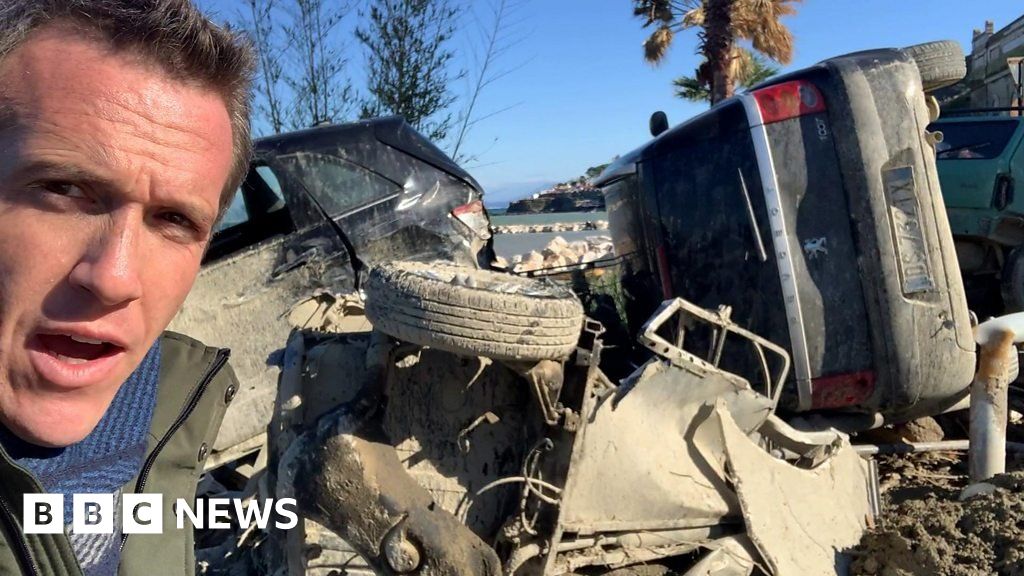 The BBC’s Mark Lowen shows the damage to homes and cars after a mudslide hit the Italian island of Ischia on Saturday morning.

A torrent of mud and debris dislodged trees, engulfed buildings and dragged cars into the sea as it reached the coast.

The body of a woman was reported to have been found under the mud, and several other people are still missing.