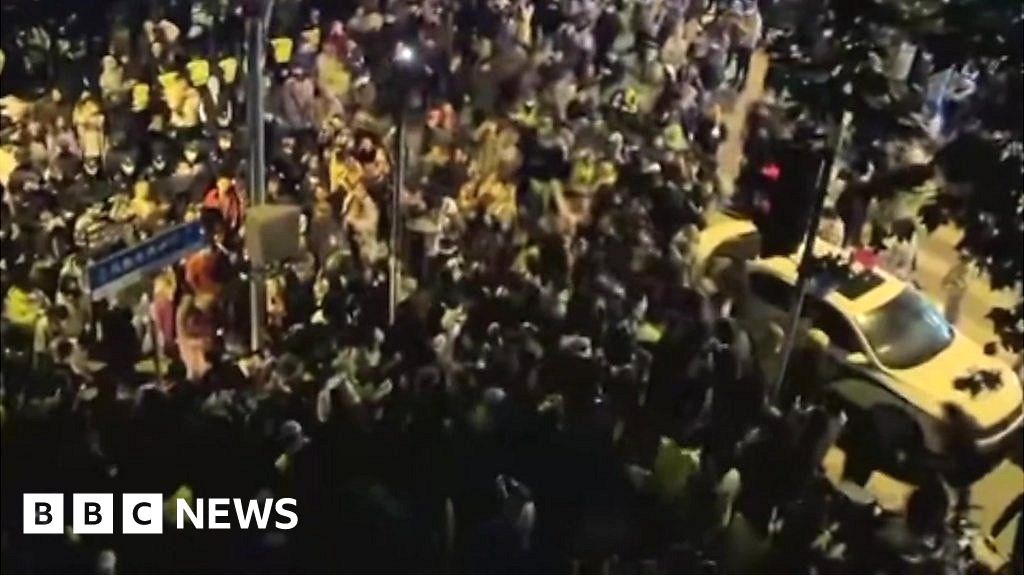 Protests against Covid restrictions in China have intensified in the wake of a fire which killed 10 people in an apartment block in Urumqi.

Thousands of people took to the streets of Shanghai to remember the victims and demonstrate against restrictions. Many were heard calling for President Xi Jinping to resign.

The lockdown of blocks of flats has been blamed for deaths in the fire.

While Chinese authorities deny it was the cause, officials in Urumqi did issue an unusual apology late on Friday, and pledged to “restore order” by phasing out restrictions.