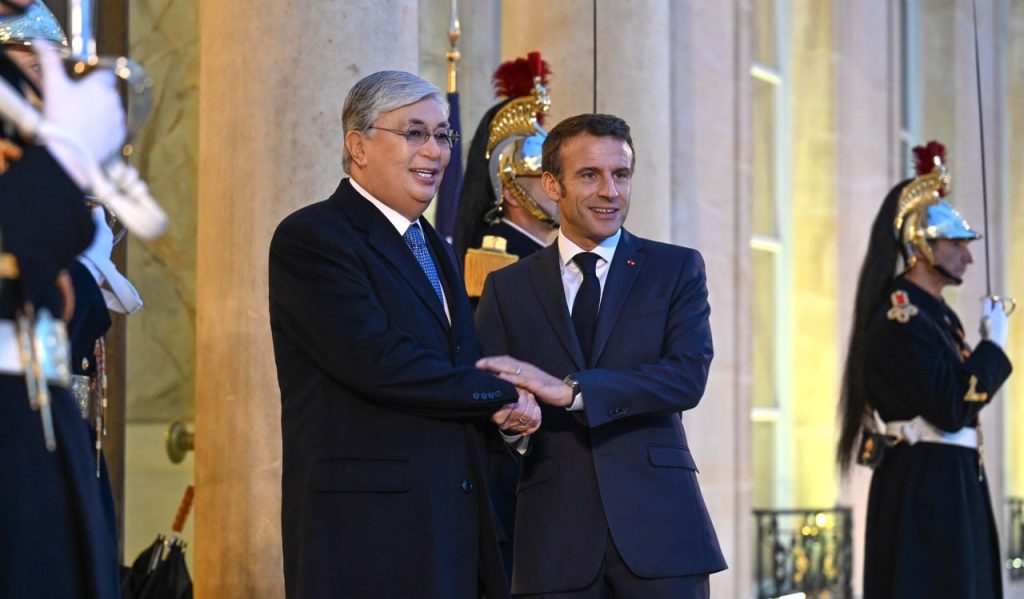 PARIS. 29 November. More European politicians have visited Kazakhstan. Charles Michel, President of the European Council, visited Kazakhstan less than a month ago. Josep Borrel (Vice-President de la European Commission), arrived in Astana the other day as the EU High Representative in Foreign Affairs and Security Policy. During this period, a number of high-ranking Europeans held remote talks in various formats with the Kazakhstani leadership. What are the reasons for the unprecedented interest shown by Europeans in Central Asia and what does it mean for international politics?

After having met almost all of the political establishments of the European Union in Kazakhstan with face-to–face visits and remote meetings via videolink, the President of Kazakhstan decided to fly to France. To consolidate the evident progress in cooperation with the Old World.

Tokayev arrived in Paris during a difficult geopolitical environment. Just ended the G20 summit, in which the leaders of all the countries almost unanimously condemned war in Ukraine. This is unlikely to have any impact on Kazakh-French relations. Russian foreign policy has been repeatedly criticised by President Tokayev. Was it worth his remarks at the forum in St. Petersburg?

Astana officially took a neutral position in the conflict, refusing to recognize “quasi-state territory” of Crimea and Donetsk. This “neutrality”, however, has a flip side. Since the start of the war, Kazakhstan has increased its diplomatic cooperation with Ukraine and repeatedly sent humanitarian aid.

At the summit of the Organization of Turkic States, in Samarkand, President Tokayev spoke out about Kazakhstan’s position regarding the international agenda. “… Kazakhstan strongly believes in the territorial integrity and respects the UN Charter. This principle is essential and in line with the country’s basic interests. This is why we will give priority to it,” said the Kazakh leader.

Astana, which has emerged from Moscow’s dominant influence, is building a new system for relations with the rest of the world. Its new “multi-vector” is working well. This is confirmed in France by the 2021 decision on annual consultations among the Ministries of Foreign Affairs.

It is not necessary that we expect any problems when discussing the political aspects of the Paris meetings. Tokayev, as president, has established a path for real democracy in the country. He reduced the political influence of institutions like the presidency and increased the role of parliament. This fits perfectly into the European paradigm of political values, in which France holds strong positions.

Economic cooperation can only be strengthened by the convergence of political values. With a total investment of $ 160 million, the EU is Kazakhstan’s largest investor. With a bilateral trade turnover of $ 24 billion, Kazakhstan is also the EU’s largest trade partner in the region. More than 170 French companies have a presence in Kazakhstan today, including Total, Danon and Alstom. In May 2021, the Roadmap of the Kazakh–French economic cooperation up to 2030 was signed.

The scale of humanitarian cooperation should be the subject of a separate article. This area has seen Kazakhstan cooperating very closely with France and the EU.

Tokayev brought a lot of cooperation with him to France. This will be replenished by new agreements. They await him in Europe. European politicians are well-known for their pragmatic approach. They know that Kazakhstan, a strong and stable country in the middle of Eurasia is an important partner in this region. They are able to reach the vast markets of the neighboring countries and have an impact on all aspects of their lives due to their favorable geographic location.

The European Union and Central Asia have become closer as a result of the conflict in Ukraine and its economic and political consequences. Not only is the global energy market being reshaped, but we are also witnessing the revision of old political relationships and the creation of new economic models. These relations are changing, and we can only guess how much, judging from the current situation between the EU, Central Asia, and Kazakhstan.

It is evident that Kazakhstan and the other Central Asian countries won’t miss the chance to build a new relationship with European partners under current circumstances. Both sides will benefit from this trend.

However, it’s not realistic to expect that Kazakhstan or the rest of Central Asian companies will suddenly turn towards the west. Even in difficult geopolitical circumstances, the Eastern countries are capable of balancing. This skill is perfectly demonstrated by Kazakhstan. Astana maintains constructive relations with its neighbours by defending its independence and strengthening its handshakes towards the West.

It turned out that the multi-vector nature, which had caused some skepticism from experienced world politicians, and sneers with accusations naivety, actually exists. It may even be the foundation of a new world order where those who don’t live by the principle “all against all”, can exist comfortably.