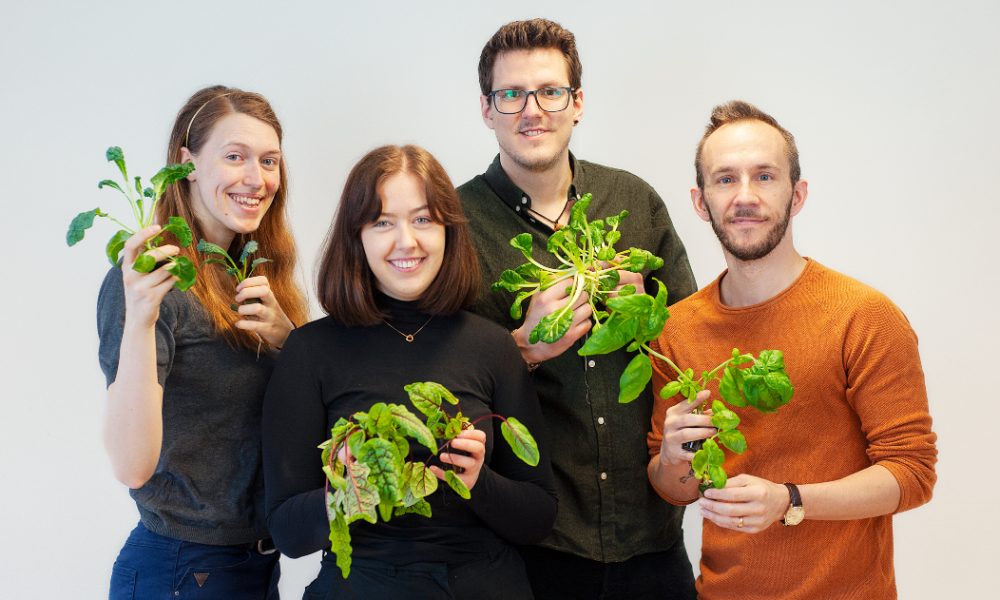 The International Polar Foundation announced the winner of its first ever ‘Laurence Tran Arctic Futures Award. Containing Greens AB was chosen as the winner. It is a startup that was founded by young entrepreneurs in Lulea (Sweden). The award, which was created by the International Polar Foundation and funded by the Tran family is a financial aid award of EUR7,500 to a young entrepreneur or startup based in Arctic. It will help them to further develop their business.


The award will be presented each autumn to a new startup or young entrepreneur starting in this year. This is part of the Arctic Futures Symposium which brings together Arctic stakeholders from all over the region to discuss important topics. The event will take place in Brussels from 29 to 30 November.

Moa Johansson, the CEO of the company, said that they were very happy to be the first recipients. “We are very grateful to have been recognized for our work!” Containing Greens AB was selected for its innovative use of heat generated from data centres (which are popping up all across the Arctic) in order to grow vegetables destined to local consumption in a region of Northern Sweden that is forced to import approximately 90% of its produce due to its Arctic climate.

Johansson explained that Containing Greens can offer a more sustainable way to grow fresh produce in the High North by using heat from data centers that would otherwise be wasted, and a vertical hydroponics system which optimizes the use of space. The Arctic Futures Symposium partners selected Containing Greens as one of 10 candidates.

Nicolas Van Hoecke (IPF Managing Director), Piet Steel (IPF Board Member) and Mads Qvist Fredericksen (Director of the Arctic Economic Council), will present the award. Frederiksen stated that Containing Greens was an exciting company as it combines the advantages of being in the Arctic (a cold region with lots of cheap, renewable energy which attracts data centers) and also solves a challenge in Arctic.

“They won this prize because they were visionary, ambitious, and idealistic – with a starting place from the North– and they provide an important service locally.” Siu-Tsiu, from Greenland, was runner up. It contributes to greater employment and sustainability in Greenland at regional and local levels. Lofoten Seaweed, from Norway, is the winner. Lofoten Seaweed sells a variety of products made from sustainably harvested seaweed from Northern Norway. Johansson will receive the award on behalf the company at a ceremony that will be held at the Residence Palace in Brussels’ EU Quarter.

The symposium will cover topics such as Arctic governance and energy innovation and entrepreneurship and research cooperation. Johansson stated that he was excited to receive the prize at Arctic Futures Symposium, and participate in discussions on issues that affect his region. Alain Hubert is the founder and president of IPF. He has been an entrepreneur all his life.

Hubert noted that IPF was able to assist young entrepreneurs because of the generosity of the Tran Family. The Laurence Tran Arctic Futures Awards, which celebrates innovation, entrepreneurship and is a reflection of IPF’s core values, taking action to create a better future, are similar to Princess Elisabeth Antarctica, the first zero-emission polar research station. The Tran Family is a great supporter of young entrepreneurs who share our vision.

The Tran family is happy that their daughter’s legacy will continue in the form of an award that encourages young entrepreneurs to bring their innovative ideas to life. Brigitte Tran Loustau said, “We congratulated the winners of Laurence Tran Arctic Futures Award” for their original idea. We wish them all the best with their venture. The IPF was established in 2002 by Alain Hubert, a Belgian public foundation. Its mission is to support international scientific research in the polar regions.

The IPF was also instrumental in the establishment of the Princess Elisabeth Antarctica Station, which was opened in 2009 as the first and only zero-emission station. This was in order to maintain a Belgian presence there and to fulfill its ambitions in the service of citizens who face climate and environmental threats. The Princess Elisabeth Antarctica Station hosts many scientists from all nationalities every year.