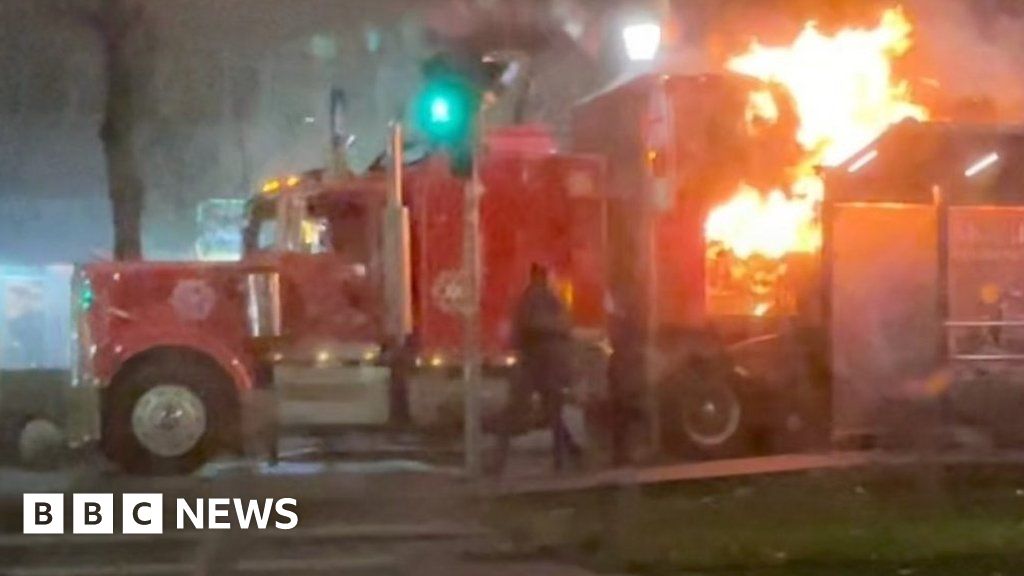 A Coca-Cola truck caught on fire as it drove down a busy road in Bucharest, Romania’s capital.

It is not clear how the fire started. Before the car was consumed in flames, the driver managed to get out of it.

Later, firefighters arrived to extinguish the flames. There were no injuries reported.

Local media were informed by the soft drink company that it was taking precautions to avoid any more incidents.