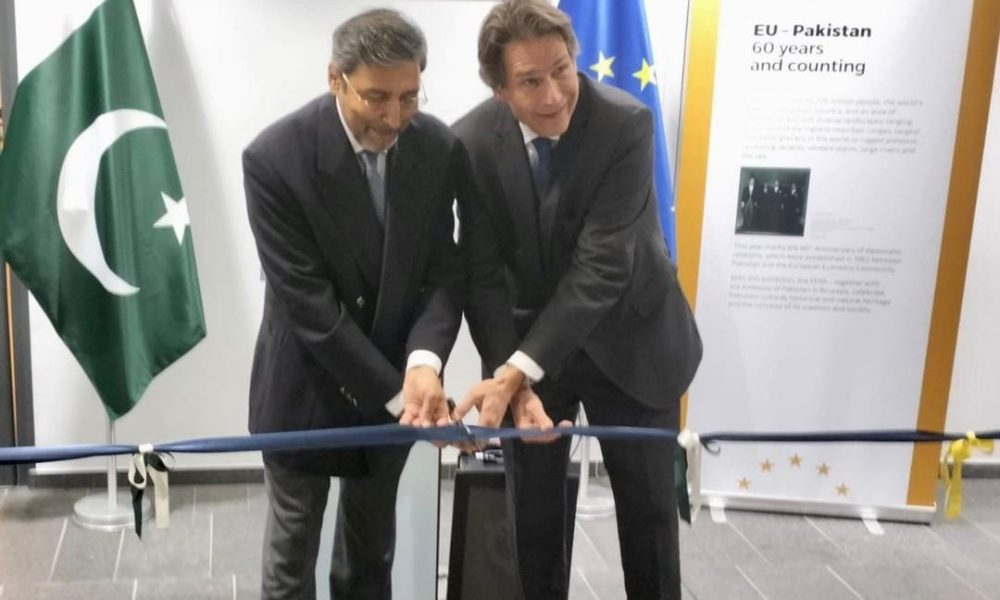 To commemorate the 60th anniversary in which diplomatic relations were established between Pakistan and the European Union, a photo exhibition was held in Brussles last night at an event organized jointly by the Pakistan Mission in the European Union (EEAS) and European External Action Service.

Jauhar Saleem, Acting Foreign Secretary, spoke on behalf of the occasion and noted the positive trend in bilateral relations between Pakistani and EU as well as the strengthening partnership in the political, economic, and trade areas. He stressed that the Pakistan-EU relationship was a fitting representation of the importance of working together to address global challenges such as climate change and food security.

The potential for expanding the Pakistan-EU ties as a result of the Strategic Engagement Plan was highlighted by the Acting Foreign Secretary. He expressed Pakistan’s willingness to promote this constructive and productive partnership, particularly in the areas of science-technology as these are crucial for the achievement of socio-economic growth.