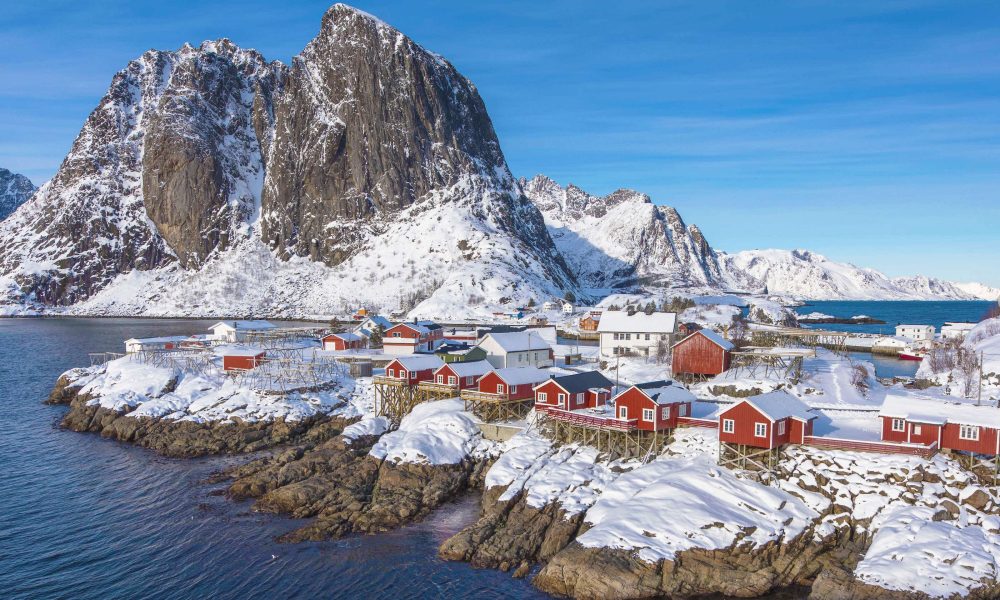 An international conference was told that Russia’s invasion in Ukraine “makes it all the more important” to strive for a “stable and safe” Arctic.

Speaking at the event, Neil Gray, Scotland’s minister of culture, Europe and international development, also hailed the EU’s Arctic Strategy as a “key tool” for the Arctic region.

Gray told the Arctic Futures Symposium in Brussels that such issues were vital, not least as the Arctic “is warming four times faster than rest of the planet.”

The annual symposium brings together all partners, including the EU and Arctic stakeholders, to discuss a raft of issues.The two day event, which concluded on Wednesday, was held this year at Brussels’ Residence Palace.

Gray said that despite the UK having exited the EU, Scotland still wanted to remain “a constructive and active” partner with the EU, including on Arctic policy.

He hailed the EU’s current Arctic Strategy which “commits” to striving for a “safe and stable Arctic”.

The EU’s updated Arctic policy, published on October 13, 2021, aims to help preserve the Arctic as a region of peaceful cooperation, to slow the effects of climate change, and to support the sustainable development of Arctic regions to the benefit of Arctic communities, not least indigenous peoples.

Implementation of the EU’s Arctic policy will, says the EU, help the Union to deliver the targets defined by the EU Green Deal and meet its geopolitical interests.

Gray told the packed audience, which included MEPs and EU officials, that the Strategy “is all the more pressing since  the suspension of the Arctic Council, the body that oversees cooperation in the region, and also  “the Russia invasion in Ukraine.”

Russian involvement with the Council has been “paused” as a result of the war in Ukraine.

The minister added: “With the Arctic warming four times faster than the rest of the planet, we must show a shared commitment to address climate change. All this could not be more urgent.”

He added: “The EU’s climate action targets are very ambitious and Scotland is doing its bit on this too with a target of achieving net zero emissions by 2040.

“We are very lucky in Scotland as we have huge potential for renewable energy, including hydrogen. Indeed, we aim to be a world leader in this field and to facilitate the most cost-effective and secure supply of hydrogen energy to meet the EU’s needs.”

Gray continued: “Despite the hard Brexit that the UK government pushed through we in Scotland remain very committed to working with our EU neighbours on these issues and Scotland has adopted its very own Arctic policy framework in 2019.

“This aims to increase the resilience and well-being of communities, both in Scotland and the Arctic.

“I want to call on the rest of the UK to invest in this area. There is a robust business case for this, despite Brexit and we in Scotland will continue to be a voice which is in favour of mutual co-operation.”

Further comment came from Jasper Pillen, a federal deputy in the Belgian House of representatives, who spoke of the “challenges” in the Arctic.

Pillen told the meeting that it was “common to have a debate about the Arctic at the EU level “but quite uncommon for a Belgian to participate in an event like this”.

The policymaker explained: “Belgium does not have an Arctic strategy and, until recently, no-one politically bothered much about the Arctic region. It was not on our mind and Belgium has been totally absent, politically, from the Arctic.”

He added: “In the past the Arctic has been a big black hole in Belgian policy making – but this is about to change and I truly believe that Belgium now has a role to play in the region.

“The Arctic needs Belgium’s involvement. If we want to preserve the Arctic, protect its way of life, combat climate change and work together on Arctic shipping routes, then it is of great importance to have Belgium involved in all these things.

“That is why, last year, I called on the Belgian government to draw up an Arctic strategy. The aim is not aim to copy and paste existing policies but to make an effective Belgian contribution.

“We are a small country but there are several concrete examples of how we can contribute and, plus, we also have long history of polar research.”

He added, “Now it is up to the stakeholders to work together to promote Belgium values because what happens in the Arctic does not stay in the Arctic.

“In the coming years all these various challenges will come together around the North Pole so it is our collective duty to preserve the Arctic and Belgium can play an important role in this.”

Both speakers were taking part in a session on “evolving Arctic governance” chaired by Mike Sfraga, chair of the US Arctic Research Commission. Sfraga, appointed by President Biden, told the event climate change is “real and relentless.”

The event was organised by the International Polar Foundation and its Arctic stakeholders. The IPF is a public foundation, created in 2002 by Belgian-born Alain Hubert whose remit is to support international polar scientific research.

The IPF was also behind the creation of the Princess Elisabeth Antarctica station, which was officially opened in 2009 as the first and, to date, only zero-emission station, with a view to maintaining a Belgian presence in Antarctica and pursuing its ambition in service of citizens facing climate and environmental challenges. Every year, the Princess Elisabeth Antarctica station hosts numerous scientists of all nationalities.