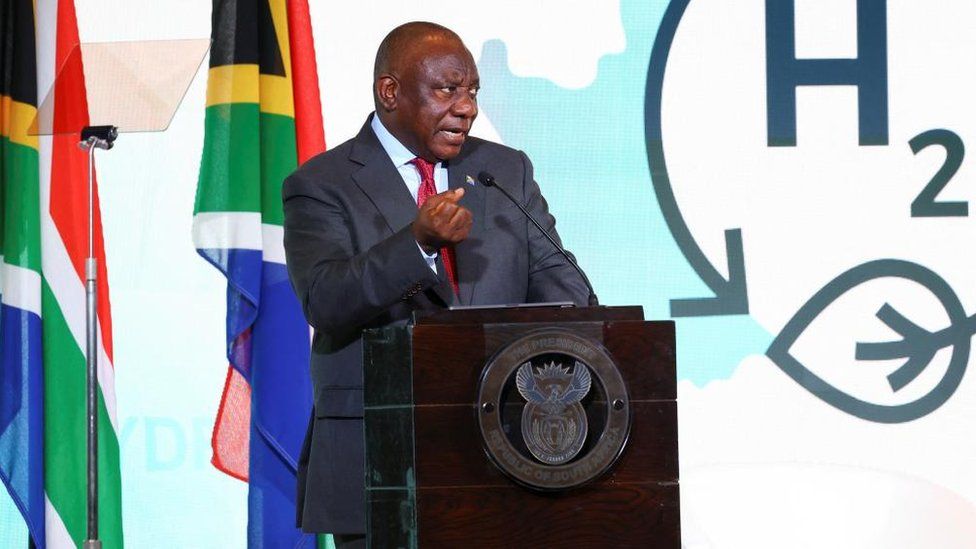 A scandal threatens to end the political career of South Africa’s President Cyril Ramaphosa – if you’ve not heard the details, here’s what you need to know.

Ramaphosa was a close ally of Mandela

Seventy-year-old Cyril Ramaphosa became president of South Africa in 2018 having been active in the fight against white-minority rule – apartheid – since the 1970s and was close to liberation hero Nelson Mandela.

He campaigned against corruption

Mr Ramaphosa rose to the top job by pledging to clamp down on corruption – but now faces questions himself over a large sum of cash found on his property.

Now he’s accused of a cover-up

The scandal centres on claims the president tried to hide the theft of half a million dollars – possibly more – which was stashed down the back of a sofa in his farmhouse. That’s led to questions about where the cash came from.

But the accusations haven’t gone away

An independent panel looked into the allegations for South Africa’s parliament and concluded the president may have broken the law and abused his position. But that’s only the start of a process.

His party is split over what should happen

President Ramaphosa’s African National Congress party is deciding what to do now. One top party member has said he should not quit, but there are others in the party calling for him to go.

Even if his own party backs him, MPs in South Africa’s parliament could find Mr Ramaphosa guilty of serious misconduct and hold a vote to remove him from office. But that requires a two-thirds majority and the ANC’s MPs would be likely to block it.

Some think he will quit

Rather than be impeached, some commentators believe Mr Ramaphosa will decide to resign and go back to his cattle farm. But it’s thought his ANC allies want him to reconsider, so they can organise an orderly transition.