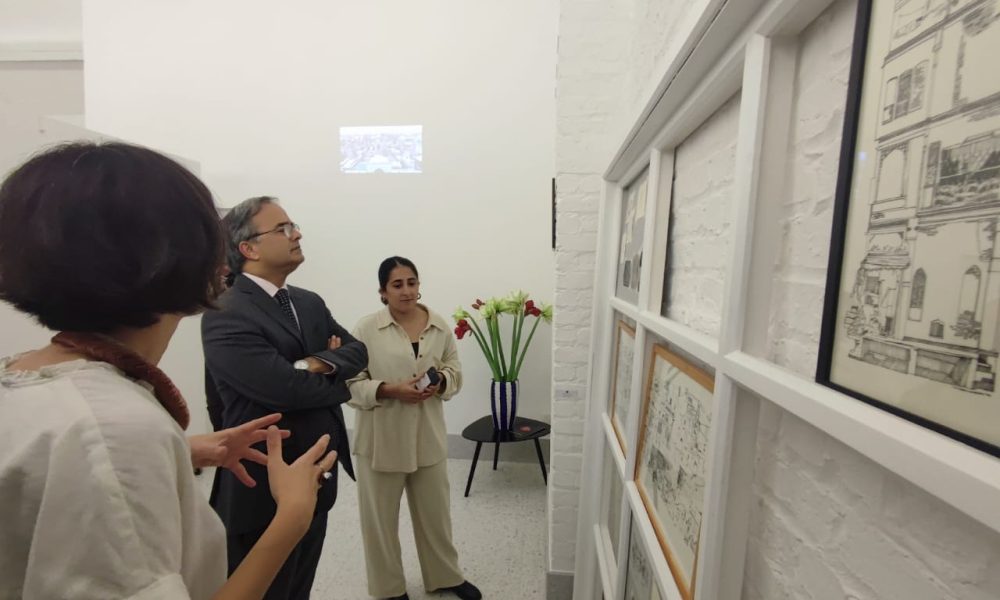 
Red Moon Art Incubator and the Embassy of Pakistan Brussels organized the exhibition. Red Moon Art Incubator, a non-profit organization that promotes young female artists from underrepresented countries, provides them with residency and the opportunity to exhibit their work in Europe.


The Ambassador of Pakistan to Belgium and Luxembourg, as well as the European Union, Dr. Asad Khan, inaugurated the exhibition.

The exhibition is about rapid global Urbanization, and the profound transformation of urban landscapes, particularly in Lahore which is the cultural capital of Pakistan.

Ambassador Asad Majeed Kan spoke out about the richness and diversity of Pakistan’s rich history in visual arts. This highlights the country as a bright spot on the international art canvass.

The Ambassador emphasized that Pakistan has the distinct honor of having produced many world-famous and iconic artists such as Sadiquain (Abdur Rehman Chughtai), Ismail Gul Jee, Ghulam Rashool, and Ismail Gul Jee. He stated that Pakistan’s art scene is moving away from traditional calligraphy and miniature art to become more modern. There are many established and upcoming artists who have innovative ideas and present them in a variety mediums.

Ambassador Khan, while appreciating Ms. Mina Arham’s work, said that the Embassy has always supported the creativity of Pakistani artists and exposed them to the Belgian public. To present the Belgian public with a selection of the most talented and upcoming artists from Pakistan, Ambassador Khan stressed that more such events will be organized in the “Pakistan Panorama” series.

Ms. Mina Arham explains her artwork to the guests and tells them about her inspirations.

The exhibition will be on view for two weeks until 11 December 2022.