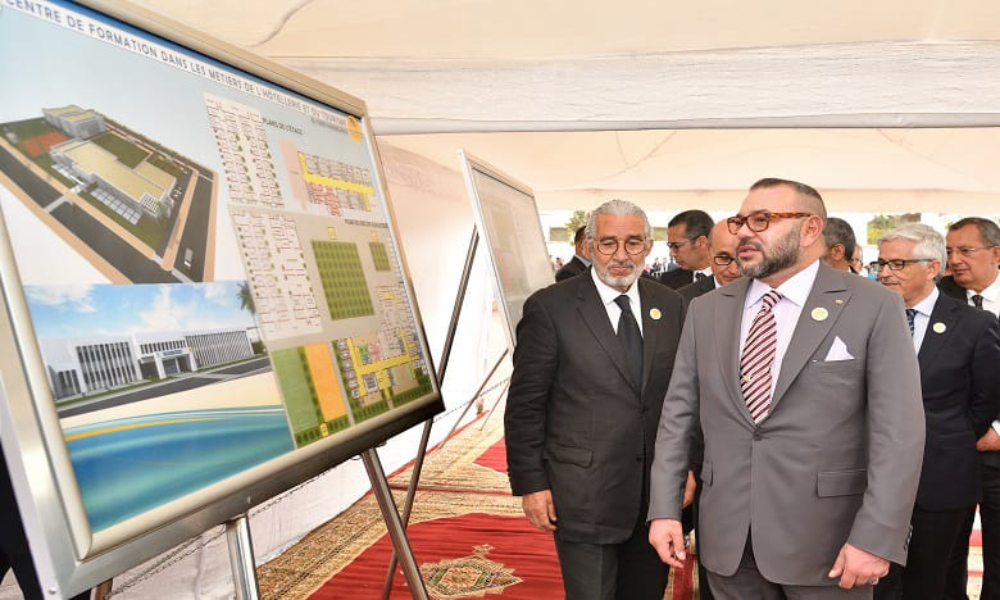 King Mohammed VI presided, Saturday 3 December, at the Royal Palace, Rabat, over the presentation of the OCP Group’s new green investment program (2023-2027), and the signing the appropriate protocol agreement between OCP Group and the government,writes Colin Stevens .

This ceremony is part the proactive approach that the King has been encouraging for many years in the transition to green energy and a low-carbon economy. This ceremony takes place in the wake of the meeting that was presided over last November 22 by the Sovereign. It is devoted to renewable energy development and new perspectives.

OCP group Chairman and Chief executive officer, Mr. Mostafa Terrab presented the King with the results of its first investment program. This was subject to High Royal Guidelines in 2012. It helped OCP secure its position in the fertilizers market. OCP group has become one of the most important producers and exporters worldwide of phosphate fertilizers by doubling its production.

To seize the opportunities presented by new industrial and digital technologies, the group relied on the research and development capabilities at the Mohammed VI Polytechnic University UM6P to develop expertise in balanced fertilization and meet the challenges of sustainable farming and food security.

The Sovereign was then informed by Mr. Terrab about the new investment program. The program focuses on increasing fertilizer production capacity and committing to carbon neutrality by 2040. This will be achieved through reliance on the Kingdom’s unique source of renewable energy as well as the Kingdom’s progress on this field, which is under the leadership of King Mohammed VI.

The group intends to provide green energy for all of its industrial facilities by investing in wind and solar power. Low-carbon energy will be used to supply new seawater desalination capacity to the group and to provide drinking water and irrigation water to the OCP areas.

The investment will allow the group, which is the first world ammonia importer, to end its dependence on imports. It will also invest in renewable energy – green hydrogen – green ammonia sector. This will enable the group to enter the market for green fertilizer and fertilization solutions that are tailored to different soils and crops.

This goal will be supported by programs for industrial SME’s and those in the energy and agricultural sectors. It will encourage the development of a national ecosystem that is innovative and creates new opportunities for youth to integrate into the workforce.

OCP’s new program will consolidate its global position. It provides for a global investment in the range of 13 billion dollars (130 trillion dirhams) over 2023-2027. The local integration rate is 70%. 600 Moroccan industrial enterprises are supported and 25000 jobs are created.

The King presided over the signing of a protocol arrangement related to the investment program between government and OCP group, represented respectively by the Ministers of Interior, of Finance, of Equipment and Water, of Energy Transition and sustainable Development, and of Investment, Convergence and Assessment of Public Policies, by the OCP Chairman and Chief executive Officer.

The Head of Government, Advisors to King and other members of the Government attended the ceremony.