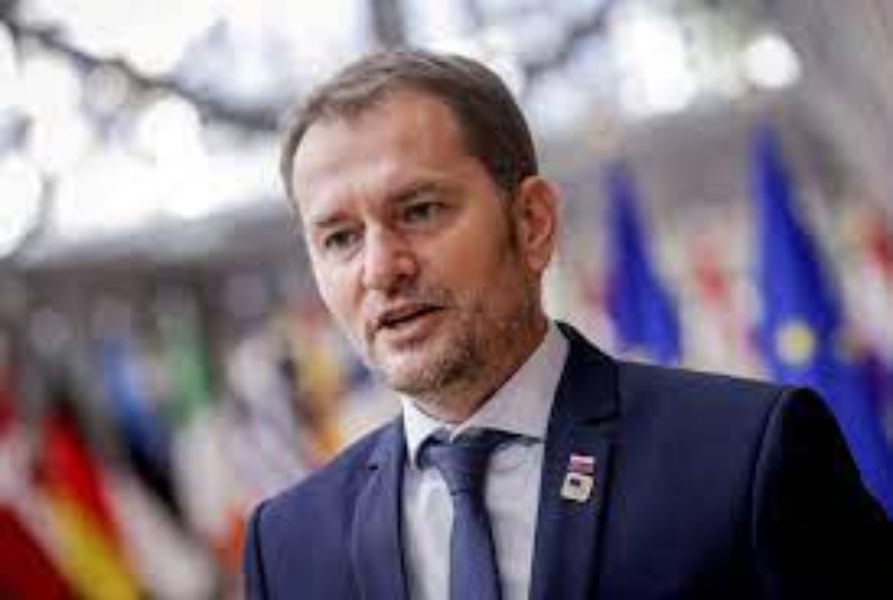 “No one will follow us. After a journalist raised concerns about what might happen to the coalition government headed by Matovic’s OLaNO party, Slovak Finance Minister Igor Matovic declared confidently last Month. Louis Auge writes that the egotism displayed by the controversial politician – a recent poll revealed that 88% of Slovaks don’t trust Matovic – seems increasingly foolish.

It is clear that the rotten state of Bratislava cannot be ignored as opposition parties joined together to bring down the government.


The end may be near for the unpopular government.

Since September, OLaNO’s coalition has been in a rocky place. This is especially after former coalition partner SaS withdrewof the government. Matovic has continued to walk with a minority government with low approval ratings. This is partly due to leaning heavily onvotes received from far-right MPs. However, Matovic’s situation has become especially precarious. In a speech to Parliament on November 29th, Zuzana Caputova, a non-partisan Slovak President, harshly criticized the government, warning that it could pose a threat to democracy. “If [this administration] can’t reverse the way that it rules,” Caputova said, “it will not be better to let people select its representatives anew.”

Slovakians might have this chance soon. Just two days after Caputova’s speech, SaS filed a motion to hold an election of no confidence in the government it once belonged to. Richard Sulik , leader of the SaS party, stated . “This government is causing problems in Slovakia” The confidence vote, which will be held later this month, could prove to be close. Only 70 MPs support the ruling coalition and they need support from 74 for their survival. Given the fractured nature of the current Slovak parliament, it is unlikely that the government will fall. There are two options: a caretaker government, or early elections.

Numerous high-profile Slovak politicians have voted for the second option. Peter Pellegrini, former PM, stated that there is no caretaker cabinet or new majority in parliament. Only people have the power to decide who will lead Slovakia out the difficult times. Pellegrini, the head of Hlas-SD, is likely to win snap elections. Hlas is always the most popular party in opinion polls and Pellegrini has more public backing than any other possible prime minister.


The rule of law has been undermined by desperate moves

While the coalition parties have been trying to avoid early election for more than one year, they are aware that they will be trounced by Hlas and the former ruling party SMER. OLaNO and its partners have proven themselves willing to go to extreme lengths in an effort to cling to power, including subverting the anti-corruption platform they were elected on by systematically pursuing individuals–collecting “scalps”, as Matovic coarsely put it— linked to their political enemies.

The methods used to bring charges against high-ranking officials are even more worrying than the coordinated campaign against the opposition. Slovak prosecutors have created , which has been called a “witness factory”, in which lower-level opposition members are charged with corruption in an attempt to get them to testify against their superiors. Many times, witnesses are taken into custody. This is where psychological pressure is applied to persuade them to testify against their superiors. One former officer has even claimed that detainees were subject to torture and blackmail.

These controversial methods have undoubtedly cemented public opinion about the incompetent ruling parties, have stoked concern within the EU, and left Slovakia with an alarming rule of law crisis on top of its current coalition crisis. These heavy-handed tactics have landed plenty of flipped witnesses willing and able to tell on anyone and everybody to save their skin. However, one of these star witnesses, Michal Suchoba, has admitted to a range of corrupt acts-to-fuel-populist-unrest-in-europe/”>and the evidence they have provided has been equally suspect.

Although the no-confidence motion by SaS has been the focus of recent news due to the existential threat to Bratislava’s coalition, there was another important development last week. The Slovakian prosecutor general dropped the criminal charges that were brought against Robert Fico, former PM, and SMER party leader, and Robert Kalinak. found the charges “unclear” and “unjustified on all points”, and arguing that the evidence provided by the police had not provide sufficient proof


The beginning of the end?

Fico was to have been Matovic’s biggest “scalp”. Although Fico is a divisive figure, OLaNO came to power on a wave of public anger over the corruption that was embedded in Slovak society during Fico’s administration. While Fico has become more populist and nationalist while out of power, he remains a strong force in Slovakian politics. Surveys show him as the second most popular choice of prime minister. It would be an electoral boon to OLaNO who currently lag in 6 th in the polls. However, going after Fico without a strong enough case is proving to be a major strategic mistake.

In May, the Slovak parliament rejected a proposal to remove Fico’s parliamentary immunity. This would have allowed Fico to be taken into custody. Even MPs who are staunchly against Fico were skeptical about the strength of the case against them. The vote was called “the greatest defeat” by Matovic’s political career and precipitated the current coalition crisis in Slovakia. The decision of the prosecutor to end the investigation into Fico has brought back the spotlight on the corruption cases in which the government staked its credibility as well as its electoral prospects. This may also be the moment that the no-confidence motion will seal the fate of the coalition.