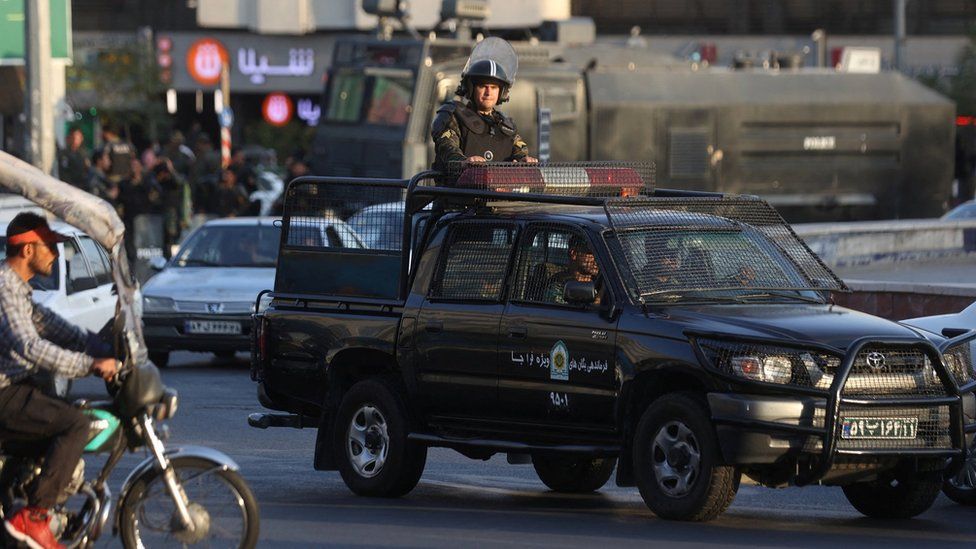 Iran has announced the first execution of a protester convicted over the recent anti-government unrest.

Mohsen Shekari was hanged on Thursday morning after being found guilty by a Revolutionary Court of “enmity against God”, state media reported.

He was accused of being a “rioter” who blocked a main road in Tehran on 25 September and wounded a member of the paramilitary Basij force with a knife.

An activist said he was convicted after a “show trial without any due process”.

Iran’s judiciary has so far announced that 11 people have been sentenced to death in connection with the protests, which began in mid-September after the death in custody of Mahsa Amini, a 22-year-old woman who was detained by morality police for allegedly wearing her hijab, or headscarf, “improperly”.

The women-led protests have spread to 160 cities in all 31 of the country’s provinces and are seen as one of the most serious challenges to the Islamic Republic since the 1979 revolution.

Iran’s leaders have portrayed them as “riots” instigated by the country’s foreign enemies and ordered security forces to “deal decisively” with them.

So far, at least 475 protesters have been killed and 18,240 have been detained, according to the Human Rights Activists’ News Agency (HRANA). It has also reported the deaths of 61 security personnel.