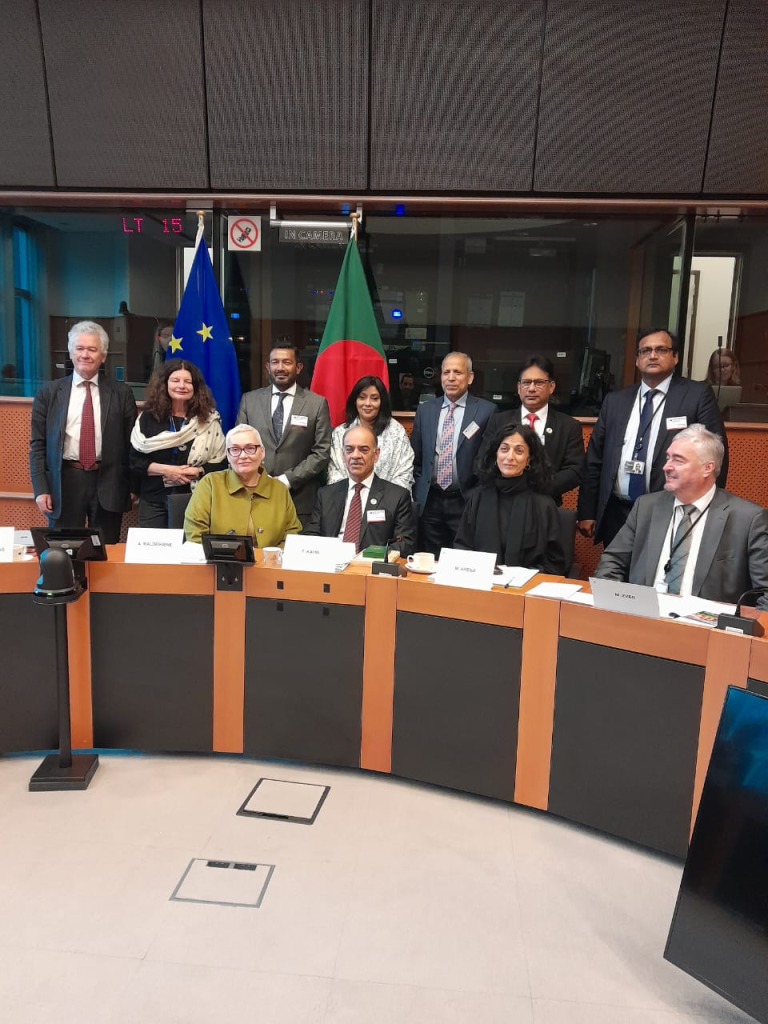 A senior member of Bangladesh Parliament Muhammad Faruk Khan highlighted the “enormous” progress made by Bangladesh over the past half-century, but also the challenges facing the country.

Chairman of Bangladesh’s Parliamentary Standing Committee on Ministry of Foreign Affairs, the MP was in Brussels with a five-member delegation for talks with EU officials and MEPs.

The 8 th Bangladesh EU Inter-Parliamentary Meeting, which ended on Friday, was held at the invitation of the Chair of Delegation for Relations With the Countries of South Asia (DSAS), of the European Parliament.

The MP admitted that Bangladesh still faces “challenges”, such as quality education for its large population. Bangladesh, a democracy, faces its fair share. However, “democracy” is a continual process that allows us to learn and evolve.

Khan said that Bangladesh is not the “basket case”, as Henry Kissinger once described it, but he still believes so.

He said that “We are now an example of economic development” and pointed out that some 80 percent of the population was living below the poverty line 50 years ago, when Kissinger made these remarks. He said that today, it is only 20 percent.

“The friendship and cooperation that we have with the EU and other partners in development has greatly contributed to our journey,” stated Mr Khan. Khan praised the EU for its “technical assistance” and the Everything But Arms arrangement, which allows the least developed countries to have duty-free, non-quota access for all products, except ammunition, in return for his commitments to respect core international conventions on labour rights.

He said that his country, which has a population of around 165 million, is the most densely populated on Earth (it covers just 148,000 kilometres).

He said that there has been a lot of progress in other areas in the past five decades. For example, education is where 75% of the population receives formal education, as opposed to 20% in 1971.

The representation of women in politics has improved. “Fifty years ago, women rarely left the house, but today we have a woman speaker of Parliament, the Honourable Prime Minister, and the leader of the opposition party.

He highlighted that Bangladesh is also the largest contributor to UN peacekeeping missions around the world.

Khan stated that there was “no room to be complacent” and added, “There is no shortcut to working hard and we face challenges, especially in education, where we must better equip our students with technology, sciences, and engineering knowledge.”

Mr Khan said that around 10 million Bangladeshis live abroad. It was vital to ensure that these people are educated and contribute to the society.

Expat workers from Bangladesh are worth $20 billion annually in remittances. He said that this is second only after exports ($52 trillion) for Bangladesh’s economy.

Another major challenge facing the country is the safe and voluntary return to Myanmar of approximately 1.1 million Rohingyas, Myanmar’s forcibly displaced nationals. They are currently sheltering in Bangladesh.

“This is very important both for us and the rest of the globe.”

Another issue that makes Bangladesh vulnerable is climate change. However, Bangladesh is well-equipped to handle climate-related disasters such as floods. It is also willing to share its best practices for adaptation with other regions that are more vulnerable to climate change.

He stated, “The message that we tried to send during this visit was that we want the friendship & cooperation we enjoy with EU to continue as I’m sure it will.”

This was the first visit to Brussels by a Bangladeshi Parliamentary delegation. All previous meetings had been held in Bangladesh. One MP from the opposition party was represented, along with four members of the ruling party. The delegation also included a woman MP.