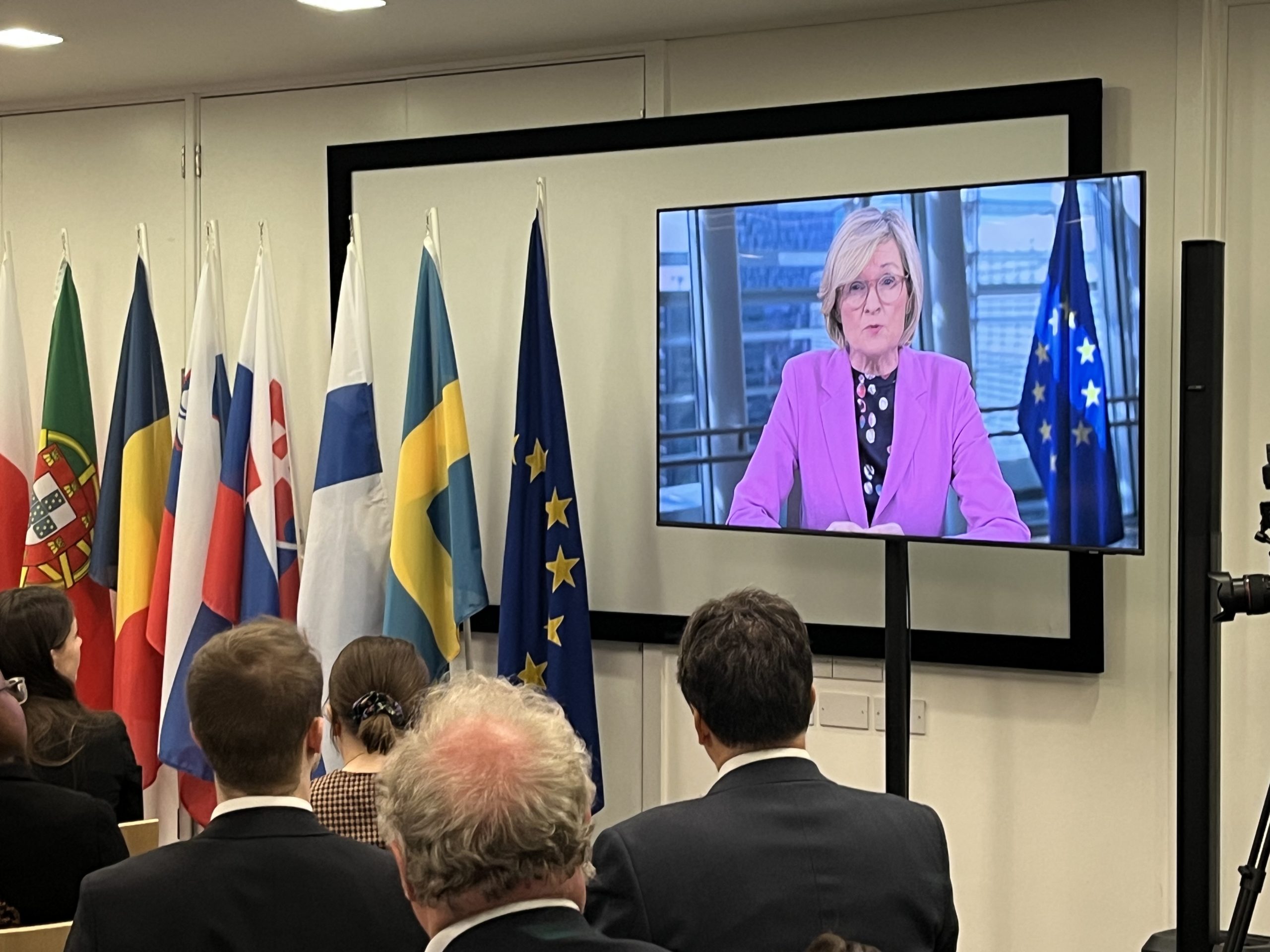 The EU’s Markets in Crypto Assets (MiCA) regulation is getting closer to approval, with implementation as soon as next March. It’s a prime example of the European Union’s belief in the importance of regulation and as an early adopter of rules for this new and important financial sector, the EU is aiming to offer a safe haven, attracting investors from outside the EU27. It was in that spirit that the EU delegation to the United Kingdom held a digital finance event in London to explain the European strategy for crypto assets, writes Political Editor Nick Powell.

Welcoming business people, journalists and financial experts to the EU’s London embassy, Deputy Ambassador Nicole Mannion proudly proclaimed that the European Union is the first jurisdiction to implement the comprehensive regulation of crypto assets, keeping Europe at the forefront of digital regulation.

She acknowledged that it isn’t the job of the government to pick winners but to regulate equally, in line with the principle of technological neutrality. Tackling the “Wild West of crypto” was how the Financial Services Commissioner, Mairead McGuinness put it. “We need to root out bad actors”, she added.

Commissioner McGuinness described how a regulator would supervise markets and intervene if there were signs of market abuse or instability. The goal was to gain the benefits of more efficient payments and greater competition but to prevent illicit transactions and false promises. There would be a digital Euro issued by the European Central Bank.

Crypto would be brought into the regulatory fold. The United Kingdom and United States would be partners with the EU in a financial stability board, with information collected and shared globally.  MiCA would be one regulatory framework for 27 states but Jan Ceyssens from the European Commission’s digital finance unit said the ideal was a global framework.

“This is not a debate that pits jurisdictions against one another”, he insisted. If the UK had more permissive rules on the EU’s doorstep that would be an issue but the Commission was working with the UK. Cooperation with the US would be on different basis but based on a common understanding of principles and desired outcomes.

Even within the EU, the Commission was relying on national regulators to adopt a common approach to enforcement, which Jan Ceyssens thought was possible as crypto assets are too new a phenomenon for there to be any entrenched national practices. The European Parliament had wanted greater central authority but there had been no majority for that in the European Council.

From Sweden’s Financial Supervisory Authority, Per Nordkvist, said that being the first to regulate gave the EU an advantage as firms will want the European stamp of approval to attract customers. “Hopefully, we will not have the next FTX in Europe”, he said, referring to the collapsed multi-billion dollar crypto empire. Its founder, Sam Bankman-Fried, was arrested in the Bahamas before he could testify remotely to a US Congress committee investigating allegations that he misused customers’ assets to prop up his investment firm.

Per Nordkvist admitted that he was not a big fan of crypto assets, arguing that the friction in the existing payment system was there for a reason, to stop money laundering. He worried that consumers without the knowledge to understand the system would risk losing their money through a fear of missing out.

From the Banque de France, Ivan Odonnat saw danger in a fragmented system that undermined central banks’ control of monetary policy. However, cross-border payments were currently a weakness in the system, costing the global economy tens of billions of dollars and this was an opportunity to improve that situation.

From Bitpanda in Vienna, Christian Steiner also emphasised the advantages of instant payment settlement being available 24/7. Having a smart regulatory regime in Europe could be a good thing but not if it was just regulation within Europe. A level playing field was required.

The CEO of the news website Coinreporter, Dmitar Yankov, summed up the position for me at the end of the event. Regulation was needed so that retail customers didn’t see their money vanish from their digital wallets but he was concerned that excessive regulation could damage crypto start-ups and new digital companies.

“We need to protect not only the retail market, we also need to protect our business in the European Union”, he said, cautioning against a hard launch of regulation in March.