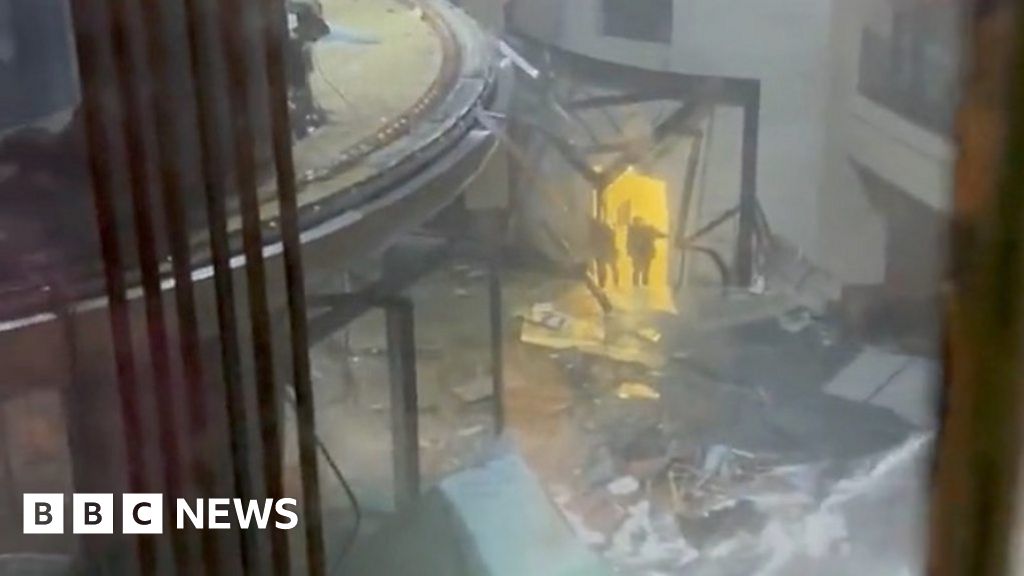 After a huge fish tank burst in a Berlin hotel, workers can be seen looking for debris.

Before it burst on Friday morning, the aquarium at Radisson Blu Hotel was home to approximately 1,500 exotic fish.

The AquaDom was 14m high (45 feet) and was described as the largest freestanding cylindrical aquarium in the world.