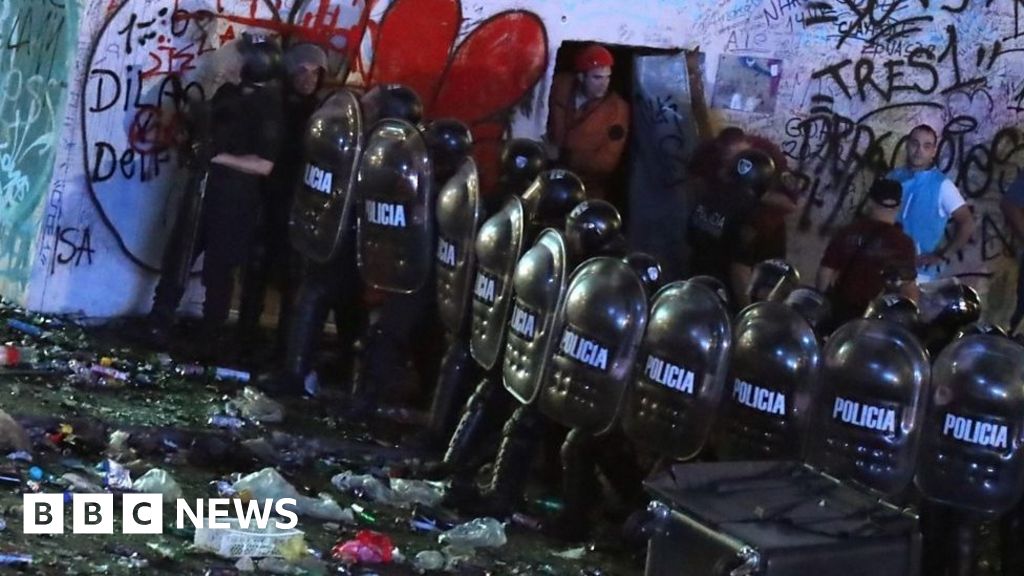 According to local media, the clashes began when riot police attempted to remove people from the topmost obelisk monument.

Millions attended the victory parade in the capital. It was stopped when two supporters jumped off a bridge onto an open-topped bus carrying the players.

Local media reported that at least one football fan died during the celebrations.