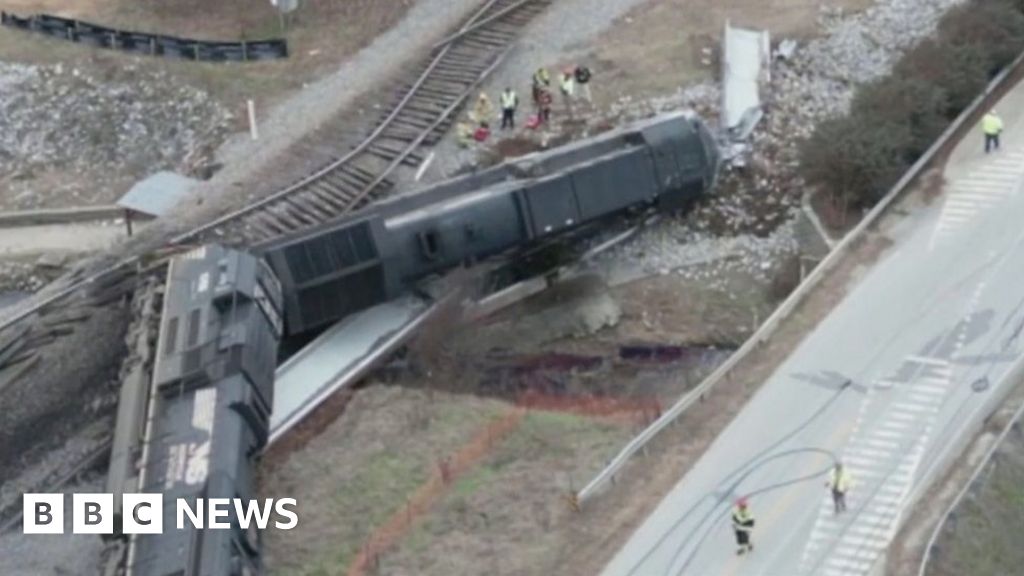 This is when a train collided with a car carrying a large concrete beam, causing a derailment at Collegedale, Tennessee.

Another driver captured dramatic video of the train sounding its horn before it struck the truck.

The footage shows the beam at 134ft hanging above the tracks. It’s believed that the driver was waiting at a set traffic lights.