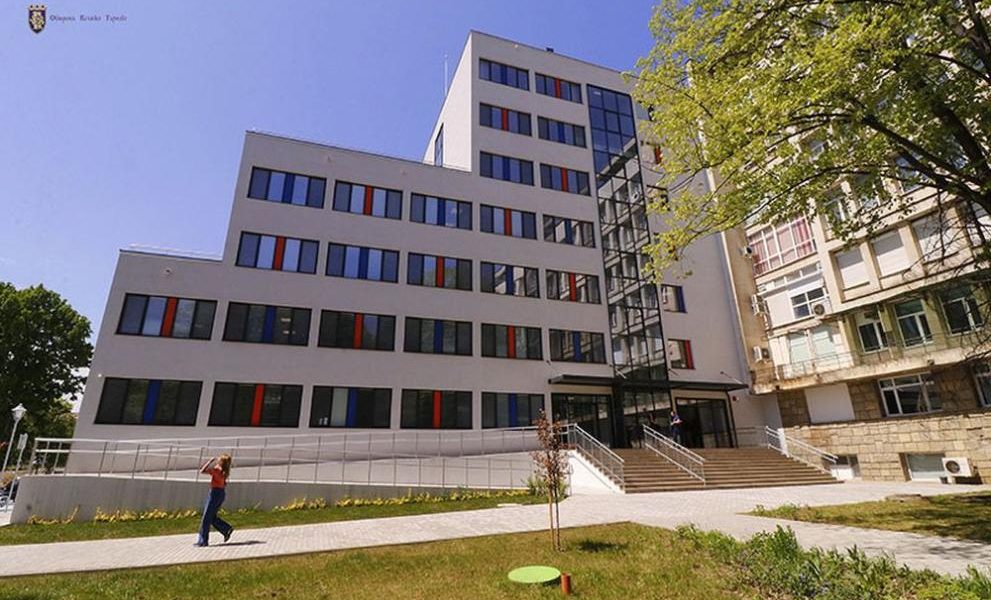 The “Bulgarian Christmas” charitable initiative that supports the medical treatment for children began in Veliko Tarnovo (an old Bulgarian capital). There, the doctors met the head state and the minister of health, and they discussed essential issues – Teriza Pertrov.

Since 1992, the “Bulgarian Christmas” charity campaign has been in existence. The socialist president Georgi Paravanov was its first patron (with a mandate from 2002-2012), and then it was continued by Rosen Plevneliev (from GERB right-wing) and Rumen Rdev (independent – with support from socialists and a part of the centrist party). The initiative is intended to provide support for children’s healthcare in Bulgaria and supply medical facilities with life-saving equipment, mainly for children’s wards. Although the campaign’s core is sending SMSs for charitable donations, it also includes famous actors, musicians, singers, and showmen from Bulgaria. The annual aid to children’s health in Bulgaria is about 3 million BGN, or 1.5 million euros.

The symbolic beginning of the 20th edition of “Bulgarian Christmas”, the twentieth jubilee edition, was held in Veliko Tarnovo (an old capital of Bulgaria) which dates back to the 12th-14th century. This town is also rich in archaeological excavations and one of the most beautiful and interesting in Bulgarian history. This occasion also marks the beginning of the jubilee twentieth edition of “Bulgarian Christmas”. The Regional Hospital in Veliko Tarnovo- MBAL (Multifunctional Hospital for Active Treatment of Dr. Stefan Cherkezov) has more than 150 years of history. It is older than the modern Bulgarian government, which was founded in 1879. Named after a distinguished Bulgarian national hero, the hospital in Veliko Tarko was named after a young doctor who died in providing first aid for nearly 50 victims of a bus fire in the Veliko Tarnovo region in 1962. The symbolic connection between saving lives was also the reason why the President of Bulgaria chose the Hospital in Veliko Tarnovo as the point of departure for its “Bulgarian Christmas Campaign”. This hospital is a symbol of the Bulgarian tradition of saving life and has a rich history.

The President Rumen Radev was joined by Mrs Desislava Radeva, his wife, and officials such as Dr. Asen Medzidiev (Minister of Health), who was before being nominated to the government a doctor in the busiest hospital in Bulgaria. He was also accompanied by members of parliament, local authorities, and well-known doctors supporting charity in children’s healthcare.

Despite times of crisis, the environment was full of optimism and causes. Children’s health is an issue that can unify politicians from all parties and institutions.

After the official opening of “Bulgarian Christmas”, Dr. Krasimir Ppov, executive director of Veliko Tarnovo hospital organized a meeting in which he and his staff discussed the problems that they face every day with the president, minister, and local government.

“The backbone of the Bulgarian healthcare system is regional hospitals,” President Rumen Radev stated during the official launch. They were able to bear the brunt the Covid pandemic with dignity and provided the needed health care for those who needed it despite their limited resources and capacities. After this crisis, many of their colleagues shifted to Private Hospitals. This is because the workload is more intense and the work process is more predictable. Due to the decreased number of patients and the emergence of new hospital structure in the area, and the obligation of maintaining social services such as Forensic Medicine and Department of Transfusion Hematology, Department of Infectious Diseases and Emergency Department, Pathoanatomy and medical Disability Commission (TELK), that are financially ineligible, we are in an unequal position and face financial danger. The executive director of Dr. Stefan Cherkezov MBAL (Multifunctional Hospital for Active Treatment), Dr. Popov.

He pointed out that the first to respond to emergency situations after disasters, accidents and other incidents is a staff member at a regional hospital. Their responsibility is undeniably huge, and burnout syndrome is common among them. “Every single doctor here is valuable, but any poor funding or staffing deficit multiply and create a vicious cycle from which it is impossible for external aid to get out,” Dr. Popov explained. He noted that the state is suffering from chronic underfunding and asked the Ministry of Health for a permanent mechanism to fund these activities. “Medics at regional hospitals count on this happening because this money is currently allocated from our budget. I believe there will be constructiveness within the health system. With the hope that the condition of regional hospitals will improve, and that doctors will get the remuneration that they deserve.

Based on her experience as a regional donor coordinator for the North Central Region Dr. Sibila Marinova was asked to restore the Transplantation Executive Agency. Due to the small number of donor cases, which is almost non-existent, people in need of transplants either die or become health emigrants. transplants. Dr. Sibila Marinova asked about Ordinance 13/06.12.2021, a regulation that regulates reimbursement and labor funding for transplant activities. She highlighted that Art. 14 point 2 inserts Art. 21 of TBSTCA /Transplantation of Body Systems, Tissues, and Cells Act/ is a condition of payment for the activity and should be removed.

“Despite transparency in public procurement, we are forced to use consumables at the lowest prices, but of poor quality,” stated Dr. Luboslav Shkvarla, head of the vascular surgery department.

The president and minister met with doctors from Veliko Tarnovo. Other leading healthcare professionals in the field were also present at the meeting: Dr. Galina Gareva (deputy director), Dr. Nikolen Steinov, Dr. Sibila Marinova. Dr. Kina Nikolova, Doctor. Valentin Tochkov. Dr. Valentin Tochkov. Dr. Benov. Dr. Lyuboslav Schkvarla. Dr. Todor Tobakov. Assoc.Prof. Dr. Stoykov: All of them are physicians who face daily pain and tragedy but also fight such issues to bring back their patients’ lives – many of whom, in turn, are children.