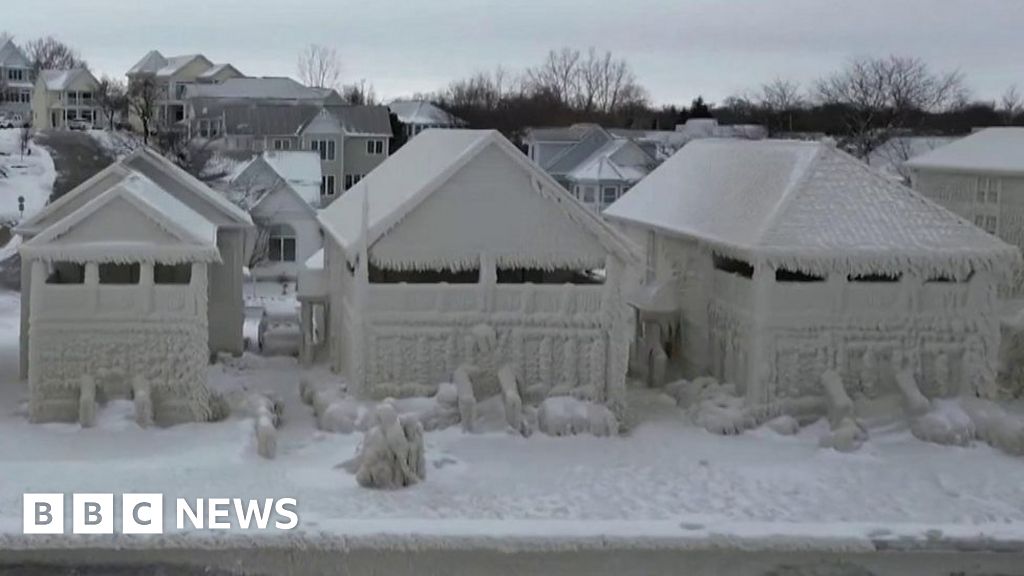 Striking footage shows the scale of a powerful winter storm that hit North America over the holiday weekend.

At least 60 people are known to have died in the snowstorms, half of them in New York state.

Stories have emerged of residents in the worst-hit areas trapped in the snow for days.

Death toll rises to 34 in New York after winter storm