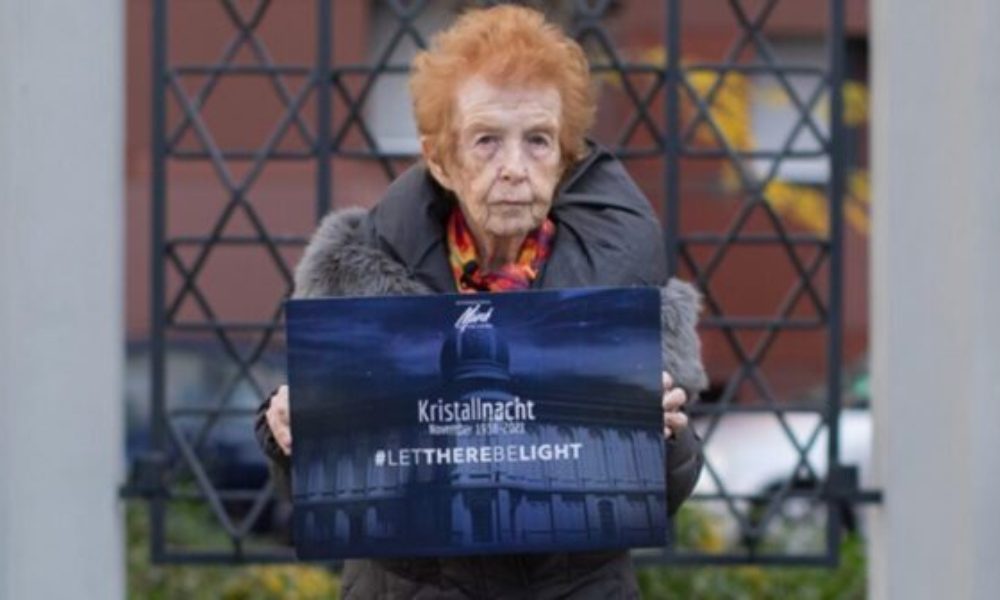 Last November, Holocaust survivor Eve Kugler (pictured), 91 years old, told her story for the first time to an audience in the UAE, at the Crossroads of Civilisations Museum in Dubai, marking the 84th anniversary of Kristallnacht or the November Pogrom, writes Yossi Lempkowicz.

Deborah E. Lipstadt, the U.S. special envoy to monitor and combat antisemitism, praised the announcement in a tweet:“Holocaust education is an imperative for humanity and too many countries, for too long, continue to downplay the Shoah for political reasons,” Lipstadt wrote, using a Hebrew word for the Holocaust. “I commend the UAE for this step and expect others to follow suit soon.”

The UAE is becoming the first Arab nation to introduce Holocaust education in their national curriculum.

The United Arab Emirates will become the first Arab nation to introduce Holocaust education in the national curriculum, two years after normalising relations with Israel through the Abraham Accords.

The UAE embassy in Washington, made the following statement: “In the wake of the historic Abraham Accords, the UAE will now include the Holocaust in the curriculum for primary and secondary schools,” the embassy said in a statement.

As the UAE’s Education Ministry builds the new curricula, which will be for children in both primary and secondary school, the Tel Aviv- and London-based Institute for Monitoring Peace and Cultural Tolerance in School Education (IMPACT-se) has been partnering with the ministry and advising it on educational standards, including

“The United Arab Emirates has been leading the way in peace and tolerance education in the region for some years,” said IMPACT-se CEO Marcus Sheff.

“IMPACT-se is delighted that they have taken this important step in educating about the Shoah and humbled to have partnered with the Ministry of Education.”

Dr Ali Rashid Al Nuaimi, a member of the U.A.E. Federal National Council and Chairman of the Defense Affairs, Interior and Foreign Affairs Committee at the Council, said, “Memorializing the victims of the Holocaust is crucial.”

Last year, the region’s first Holocaust memorial exhibition opened in Dubai, just months after the US-brokered accords ended a more than 70-year impasse between Israel and the UAE.

Since then, seven Holocaust survivors have been brought to the country to speak on the horrors of the Holocaust, including UK-based Eve Kugler, 91, a German-born survivor who spoke earlier this month on the anniversary of Kristallnacht, the 9 November 1938 pogrom in Germany, during an event hosted by the Crossroads of Civilizations Museum in Dubai.