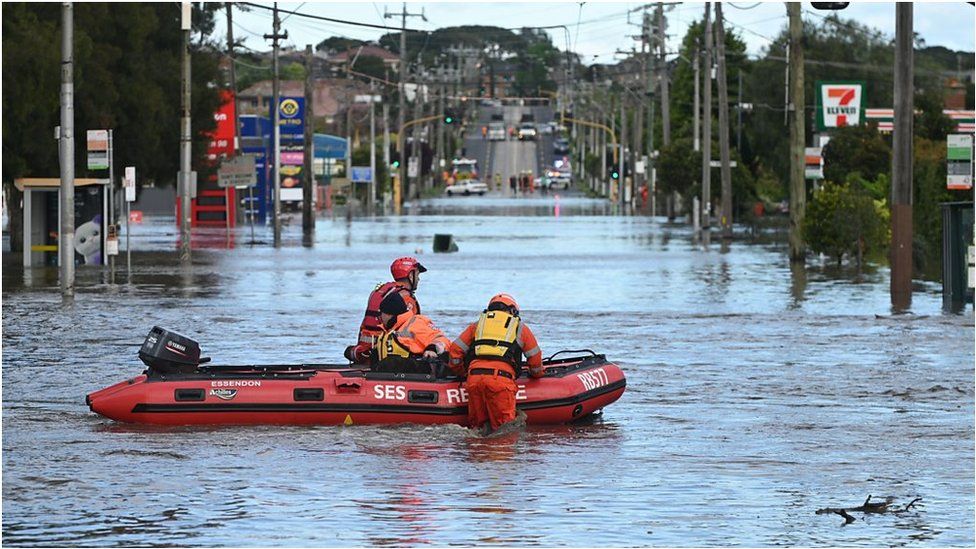 New data shows that 2022 was the fifth hottest year for Europe since records began.

But scientists are warning that 2023 could be even warmer, as a climate phenomenon called La Niña – which has been suppressing global temperatures – comes to an end.

What is La Niña?

It has two opposite states – El Niño and La Niña – both of which significantly alter weather patterns across the globe.

For the last few years, the world has been in successive La Niña periods, which have lowered temperatures and brought heavy rains to Canada and Australia.

Winds blowing along the Equator above the Pacific Ocean – from South America in the east towards Asia in the west – were stronger than normal.

These “trade winds” piled warm water off the coast of Asia, raising the sea surface level. In the east, near the Americas, cold water flowed upwards to the surface.

During El Niño the opposite happens – weaker trade winds mean the warm water spreads out back towards the Americas, and less cold water rises towards the surface.

The phenomenon was first observed by Peruvian fisherman back in the 1600s.

They noticed that warm waters seemed to peak near the Americas in December, and nicknamed the event “El Niño de Navidad”, Christ Child in Spanish.

How do El Niño and La Niña change the weather?

Not every El Niño or La Niña event is the same, but scientists have observed some typical effects:

Between 2020 and 2022, the northern Hemisphere had three La Niña episodes in a row.

Despite the La Niña triple, the EU’s climate monitoring service says that 2022 was the fifth warmest year on record.

Prof Adam Scaife from the Met Office said: “Global average temperature over the last three years has been at near record levels, but it would have been even higher without the cooling effects of a prolonged La Niña.”

The Met Office expects La Niña to end later this year, “raising the prospect of even higher global temperatures”.

During El Niño events, the warmer water pushes the Pacific jet stream’s strong air currents further to the south and the east.

This brings wetter weather to southern US states and the Gulf of Mexico, while the north of the US and Canada remain drier.

In La Niña events the opposite is seen: drought in the southern US, and heavy rains in Canada and Asia.

La Niña also generates more hurricanes in the Atlantic – affecting Florida and other southern states of the US – but fewer tropical storms in the Pacific.

The opposite is true of El Niño events.

How often do these episodes happen?

How do these events affect us?

The extreme weather events caused by El Niño and La Niña affect infrastructure, food and energy systems around the world.

The drought in Canada and Asia caused by the 2014-16 El Niño phase resulted in crop failure and damaged the food security of more than 60m people, according to the UN Food and Agricultural Organisation.

During El Niño events, less cold water rises to the surface off the Americas which brings fewer nutrients from the bottom of the ocean.

That means there is less food available for marine species like squid and salmon, in turn reducing fish stocks for South American fishing communities.

In 2021, the UN’s climate scientists, the IPCC, said the ENSO events which have occurred since 1950 are stronger than those observed between 1850 and 1950.

However, it also said that historical evidence like tree rings, corals and sediment records shows that there have been variations in the frequency and strength of these episodes since the 1400s.

The IPCC concluded there is no clear evidence that climate change has affected El Niño or La Niña events.

The BBC is not responsible for the content of external sites.
In this article: