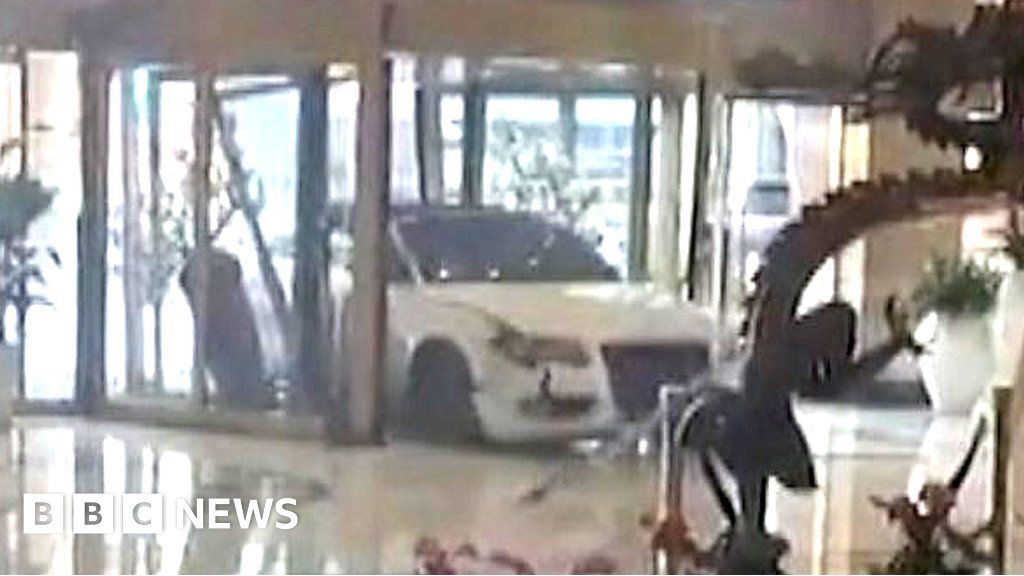 Unhappy guest broke down his sports car and rammed it through the doors of a Shanghai hotel.

The man drove wildly through the lobby, knocking over all objects.

According to local media, the incident occurred after the guest got into an argument with staff about the loss of his laptop.

A 28-year old man was taken into custody. No one was hurt.