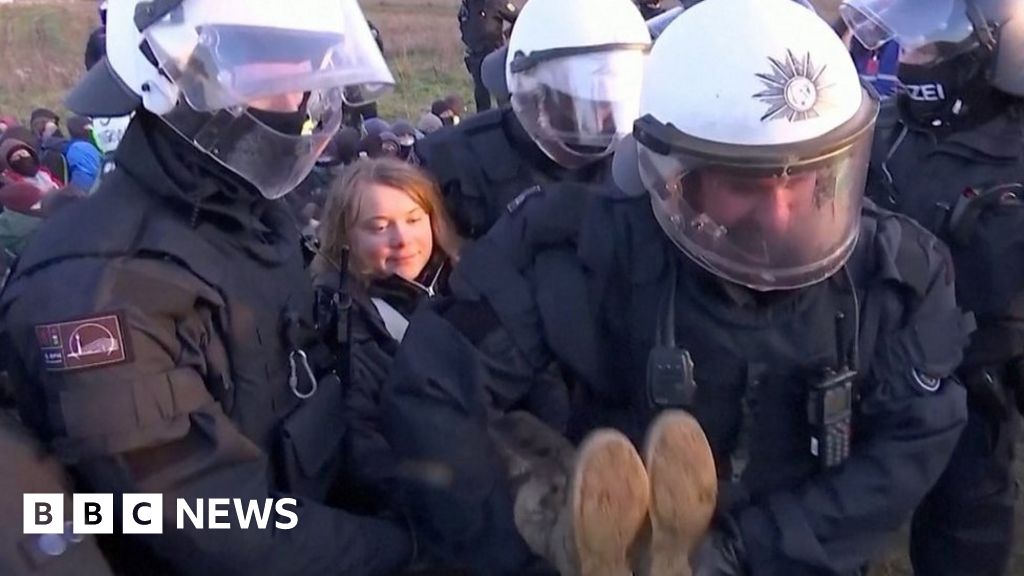 Greta Thunberg was taken by police from the protest at Lutzerath abandoned mine village, Germany.

Climate activists have been occupying the village for several days to protest the expansion of a coal mining company.

After Germany pledged to eliminate their dependence on Russian fuel, the Garzweiler lignite mining facility will be expanded.

The country has committed to eliminating coal-fired electricity by 2030. A 2038 deadline was set.